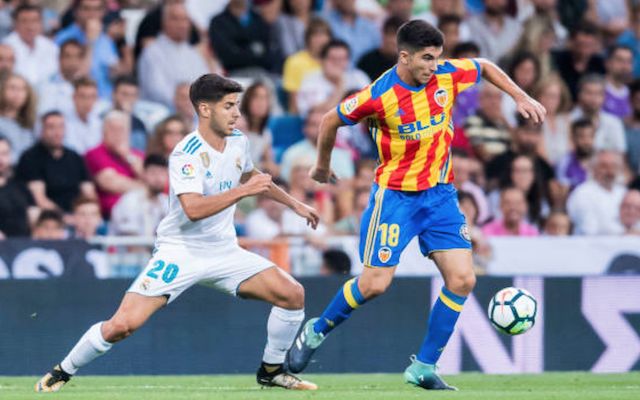 Manchester United are eyeing a move for Valencia star Carlos Soler and could offer Juan Mata as part of a swap deal.

A report from CalcioMercato has stated that Mourinho and Man United are growing increasingly keen on the 20-year-old midfielder and eye him as a replacement for Armenian winger Henrikh Mkhitaryan who looks likely to depart Old Trafford at the end of the season.

Further, the report states that Soler has a spectacular €80m price-tag above his head and United could be tempted to offer Juan Mata as part of a swap deal to secure the signature of the talented midfielder.

Soler is a goal-scoring central midfielder who is currently turning heads in La Liga after numerous impressive performances despite his tender age.

The suggestion that Soler could come in to replace Mkhitaryan is certainly one which has some weight to it.

Mourinho has recently subjected the United star to a period out of the starting line-up and while Mkhitaryan was handed a rare starting opportunity against Southampton the star was unable to impress during a disappointing 0-0 draw.

Further, a swap deal involving Juan Mata leaving Old Trafford is another suggestion that makes sense with the Spaniard having already enjoyed time at Valencia before moving to Chelsea in 2011.