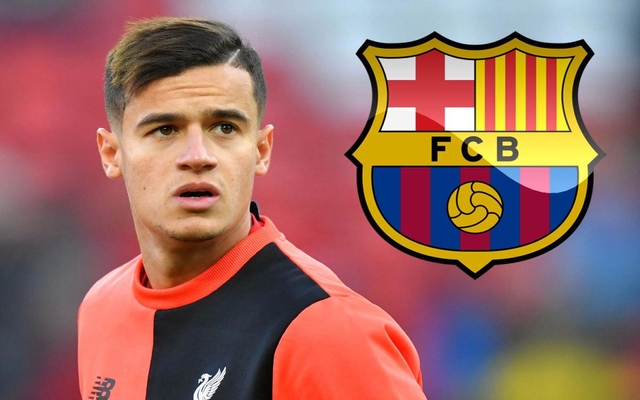 It seems as though Nike have indirectly confirmed that Philippe Coutinho is set to become a Barcelona player as they’re all set to sell personalised shirts with his name on them.

The Brazilian playmaker has been heavily linked with a move to join the Catalan giants in January, with The Express reporting that a fresh £125m bid is set to be submitted this week.

It comes after a drawn-out transfer saga dating back to this past summer, while Coutinho has continued to dazzle for Liverpool this season with 12 goals and nine assists in 20 appearances for the Reds.

However, while the report above was bad enough for Liverpool fans hoping he stays as it claims that the two parties are keen to reach an agreement early next month to put an end to the saga, Nike have seemingly rubbed salt into the wound from a Reds perspective.

As seen in the images in the tweets below, they have posted a major hint on their official site that Coutinho is Barcelona bound as they’ve put on sale personalised Blaugrana jerseys for him.

“Where the magic happens. Philippe Coutinho is ready to light up Camp Nou,” it reads.

It’s not an official line from either club and so it can’t be treated as such, and so the wait goes on for the move to be properly confirmed, if at all. However, this is surely a very bad sign for Liverpool fans hoping that their Brazilian star would stay at Anfield…

– “Philippe Coutinho is ready to light up the Camp Nou.” pic.twitter.com/obu7Kvs7es

A screen grab in English too of Nike describing Philippe Coutinho as a Barcelona player. pic.twitter.com/zA9stTQsEI