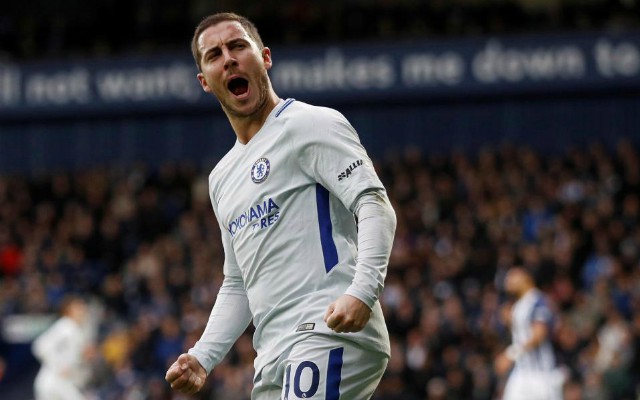 Real Madrid will drop their reported £120m pursuit for Chelsea talisman Eden Hazard to instead open up more playing time for Marco Asensio.

The Sun had reported yesterday that Real Madrid and Zinedine Zidane were preparing a ruthless £120m pursuit of the Belgian star but it appears their interest has now been cooled.

Spanish outlet Marca have today reported that Real will instead abandon their pursuit for the Chelsea winger.

The report suggests that Zidane would now rather give further opportunities to youngster Marco Asensio than spend big money on an established star like Hazard.

The news is likely to come as a disappointment to many Madrid fans who have suffered a miserable start to the season.

Last year saw Zidane’s side seal a double in the form of the Champions League and La Liga title. However, the European giants currently sit fourteen points behind La Liga leaders Barcelona and are currently in fourth position in the league after falling to an embarrassing 3-0 defeat at home to Barca in an El Clasico clash at the end of 2017.