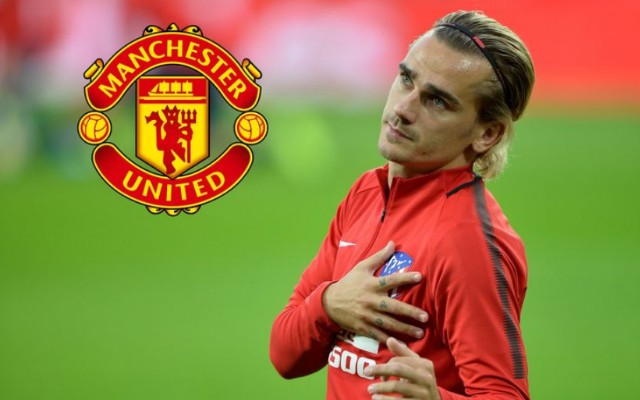 Man Utd boss Jose Mourinho didn’t enjoy a positive end to 2017, and the problems are seemingly piling up for him at Old Trafford.

United ended the year with a four-game winless streak in all competitions, which included getting knocked out of the League Cup by Bristol City and draws with Leicester City, Burnley and Southampton.

In turn, they’ve got one less trophy to compete for and have all-but dropped out of the title race with rivals Man City extending their lead over them while Chelsea have leapfrogged them into second place.

Add to the mix that Ashley Young has been handed a three-game ban and Romelu Lukaku was stretchered off at the weekend, and the list of problems for Mourinho is just getting bigger.

According to The Express, that has led to the Portuguese tactician trying to persuade the club hierarchy to splash out £86m on Atletico Madrid forward Antoine Griezmann in January to try and give his side a boost heading into the second half of the campaign.

The 26-year-old has established himself as one of Europe’s best with his form for club and country in recent years, scoring 90 goals in 177 appearances in all competitions for Atleti since his move to the capital club in 2014.

While there’s no arguing over whether or not it would be a sensible move for United to not only lift everyone’s spirits but to also give them a better chance of reaching their objectives this season, there is an issue with the fee that is quoted in the report.

As noted by Manchester Evening News last week, Atletico chief executive Miguel Angel Gil reiterated that Griezmann’s release clause is £178m until July 1, after which it will drop down to £84m.

In turn, either the Express have got it wrong or Mourinho and Man Utd are going to try their luck and get Griezmann on the cheap with his summer price-tag in mind, but just six months earlier.

Time will tell if Mourinho gets his man this month with the transfer window now open for business, but it will take a mammoth bid it seems to prise Griezmann away from Spain if we’re to believe the official line from the La Liga outfit.