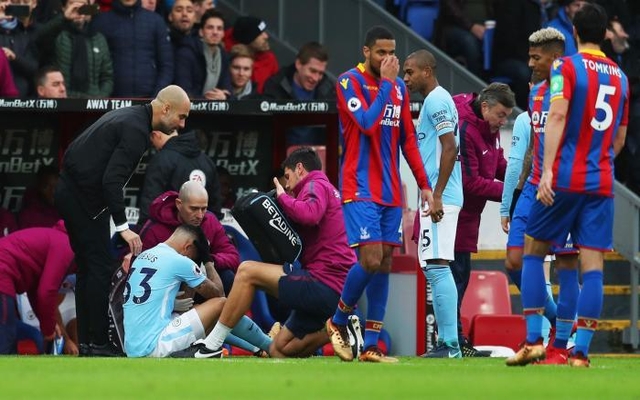 Man City boss Pep Guardiola has remained coy on the chances of the club swooping for Arsenal ace Alexis Sanchez in the January transfer window.

The Spanish tactician didn’t enjoy the greatest of New Year’s Eves this year, as aside from seeing his side’s 18-game winning streak come to an end after their draw with Crystal Palace, he lost Gabriel Jesus and Kevin De Bruyne to injury.

Given the former was in tears as he left the pitch and with subsequent reports suggesting that he faces a lengthy spell on the sidelines, the pressure will be on Sergio Aguero to step in and deliver on a consistent basis to ensure that City still have enough firepower to remain on course to win multiple trophies this season.

However, given that they’re still in with a shout for the quadruple, they’ll surely need more quality and depth in that department, and so that’s where the renewed talk of a move for Sanchez comes into play.

Guardiola responded to questions about the Arsenal star on Sunday, and although he didn’t want to say too much, he refused to outright rule out the possibility of the Chilean international arriving this month.

“I don’t know (what’s going to happen) but he’s a player of Arsenal and I think he is going to stay there,” he is quoted as saying by Sky Sports.

“In the internal meetings we are going to decide what is best. But my feeling now is that he’s an Arsenal player and he will be.”

Sanchez will become a free agent at the end of the season as his current contract with the Gunners is set to expire in the summer.

In turn, City could either wait six months and sign him on a free transfer, or if they do feel as though they need reinforcements in January, then perhaps a bid to test Arsenal’s resolve and convince them to cash in while they’ve got the chance could be the most suitable outcome for all concerned parties.