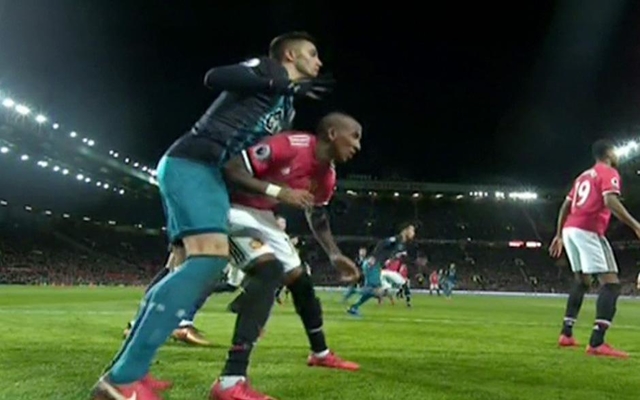 Young has been handed a three-match ban after appearing to lash out at Tadic while making him from a set-piece.

The Mirror have reported comments from the Southampton star over the incident in which Tadic revealed that Young simply dismissed the incident. Tadic revealed, “I was surprised, and then next corner I asked him ‘why did you do that?’ and he said ‘I didn’t do anything.'”

Manchester United will be without Young for three-matches including today’s Premier League clash with Everton as-well as an FA Cup third round game against Derby and a home Premier League fixture against Stoke City.

The ban comes as an added blow to Manchester United boss Jose Mourinho who has seen his side slip into some awful form with Chelsea jumping above the Red Devils into second place in the Premier League in the last week.