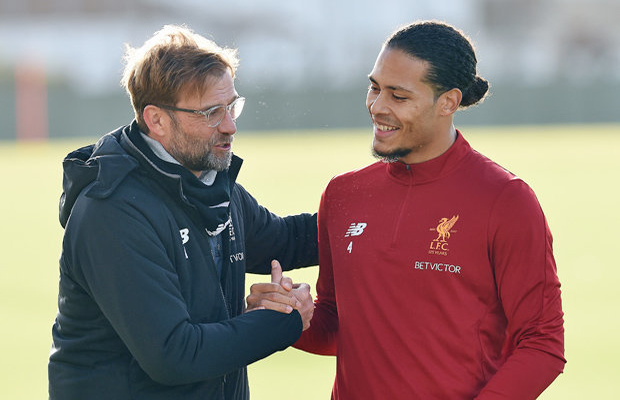 New Liverpool defender Virgil van Dijk was officially unveiled by the club on Monday, but he’ll have to wait to make his debut for the Reds.

As noted by BBC Sport, the Dutchman became the most expensive defender ever following his £75m move from Southampton, and there will be pressure on his shoulders to be a commanding figure at the back to shore up Liverpool’s defence.

It’s a lot of money for the 26-year-old, but ultimately if he plays an integral role in helping the Merseyside giants get to where they want to be, they will consider it to be a wise investment. Having conceded 24 goals in 21 league games so far this season, they need to be tighter defensively to compete for major honours.

As seen in the images below on the club’s official Twitter page, Van Dijk was unveiled as a Liverpool player on January 1 with the transfer window now open, but The Guardian note that he will not feature against Burnley on New Year’s Day.

That is because his registration was not put through in time to play, and so it’s likely that he will have to wait until the FA Cup clash with Everton at Anfield on Friday night to make his first appearance for his new club.

It remains to be seen whether or not that even comes too early for him as Klopp will have to be wary of the fact that the Dutch international hasn’t played a full 90 minutes since December 13, as the Saints had left him out of their squad in recent weeks.

As a result, he’ll likely take a look at him in training this week to determine whether or not he’s ready to play in such a big fixture, but it will be only a matter of time before Liverpool fans see their new signing in action now that he has officially arrived at the club.