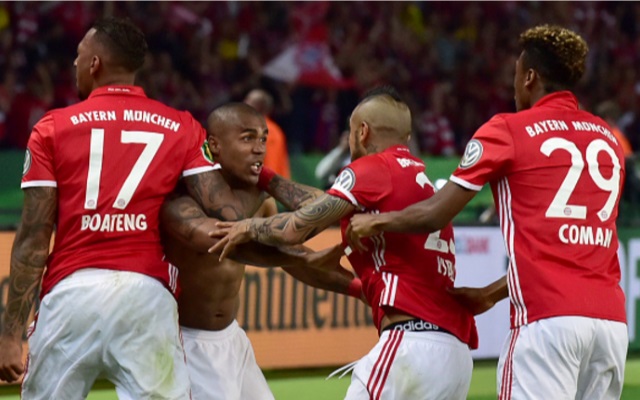 Although Bayern Munich have yet to officially confirm a deal for Leon Goretzka, it will reportedly have a positive knock-on effect for Chelsea if he joins the club.

The 22-year-old is set to become a free agent at the end of the season with his contract with Schalke expiring, and in turn it has led to a reported scramble for his signature.

As per Bild, they expect him to arrive at the Allianz Arena, and in turn it could force the Bavarian giants to consider their options and make room for him by offloading other individuals.

One name put forward is Arturo Vidal, who has been a real force for the club in midfield since his arrival from Juventus in 2015, but he now seemingly looks set for an exit.

That’s where Chelsea come in. It’s claimed that Bayern are willing to sell for the right price, and the Blues have already been in touch to discuss a possible deal. Further, a €35m bid could be submitted, while it’s noted that the Chilean international could double his current salary and earn €15m-a-year at Stamford Bridge.

It’s perhaps worth a bit of caution over whether or not this is a sensible move as if Bayern are willing to let Vidal leave, that would suggest that they don’t feel as though he’s quite at the level that he used to be.

Nevertheless, the 30-year-old remains a top-class player who has featured prominently this season having made 23 appearances in all competitions, while Antonio Conte knows all about him having worked so successfully together at Juventus.

Whether Conte needs another midfielder is up for debate as he already has Cesc Fabregas, Tiemoue Bakayoko, N’Golo Kante and Danny Drinkwater at his disposal. However, Vidal would certainly bring additional class, experience and quality to the table, as well as being another option with the Blues looking to compete on various fronts each season.