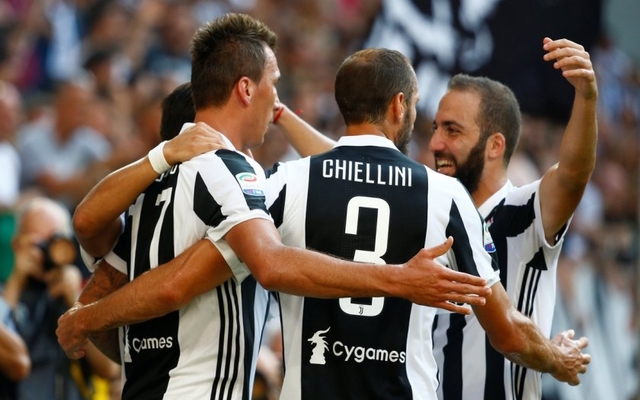 Chelsea boss Antonio Conte was reportedly hoping for a reunion with a familiar face from Juventus, but it doesn’t sound too positive for him.

Although the emergence of Andreas Christensen offers him a long-term option in the heart of his defence, speculation would lead us to believe that the Italian tactician isn’t entirely content with his options at the back.

As reported by Goal.com, Juve stalwart Giorgio Chiellini was said to be a target for the Chelsea coach with Conte seemingly keen on working with the 33-year-old again after their successful stint together in Turin as well as when he was in charge of Italy.

While the Metro report that David Luiz could be set for an exit this summer after falling out of favour and down the pecking order at Stamford Bridge, Gary Cahill hasn’t always convinced for the reigning Premier League champions.

That leaves Antonio Rudiger and Christensen as the two long-term centre-half options at Chelsea along with Cesar Azpilicueta, and although Chiellini isn’t exactly getting any younger, he could have been a solid addition to offer experience and reliability at the back for the Blues.

A big reason as to why Chiellini’s name is being mentioned in transfer rumours is the fact that his current contract expires at the end of the season and he’ll become a free agent. However, the possibility of him leaving Juve after 12 years at the club had been dismissed by the man himself.

“I’ll meet the club after the holidays to discuss the contract extension and I think that there won’t be any surprise,” he is quoted as saying by Goal. “Juventus feels like family to me and I couldn’t be better.”

With 453 appearances to his name for the Bianconeri, six Serie A titles and a whole host of other domestic cups, it doesn’t sound like Chiellini is planning on being anywhere else next season.

That in turn will be a disappointment to Conte, who will now have to look elsewhere to bolster his defensive options which seems to be a recurring theme ever since he arrived at Stamford Bridge. He’ll look to tighten things up and continue to compete for major honours after winning the Premier League title in his first season in charge.