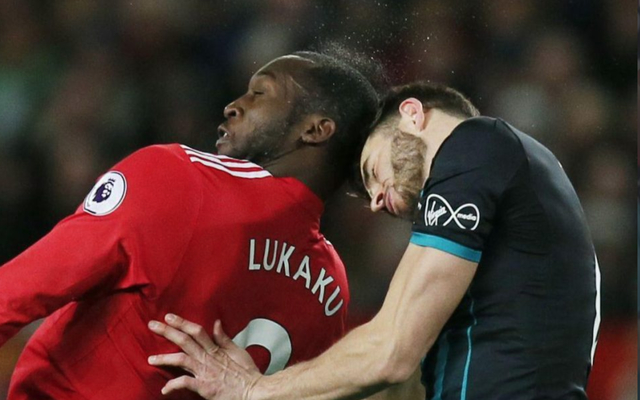 Man Utd boss Jose Mourinho has provided an update on when fans can expect to see Romelu Lukaku back in action after his injury setback.

Concern was rife as the Belgian international had to be stretchered off against Southampton with an oxygen mask after a head clash with defender Wesley Hoedt.

In turn, it looked as though the 24-year-old might face a lengthy spell on the sidelines, particularly with a more strenuous concussion protocol to consider.

However, it looks as though Mourinho will be boosted by his return much sooner than many would have anticipated, with the Portuguese tactician revealing that he expects him back this week.

“Romelu is not a problem,” he is quoted as saying by The Independent. “Maybe Romelu can play [against Derby]. It was precaution by the doctor, it was following the rules to protect the situation but Romelu was in the dressing room, never lost memory, he knew what happened.”

United take on Derby in the FA Cup on Friday night before there is a much-needed break in the schedule as they face Stoke City at Old Trafford on January 15 after that.

While the Red Devils managed without Lukaku pretty well against Everton as Anthony Martial took his opportunity to impress up top with Zlatan Ibrahimovic also sidelined through injury, there’s no denying that Mourinho will want Lukaku back at the earliest opportunity.

The Belgian international has received criticism this season as he has failed against the top teams and has had his goal droughts as well as making some costly mistakes, but he still has 15 goals in 30 outings to this point, and is a big presence up front for Man Utd.