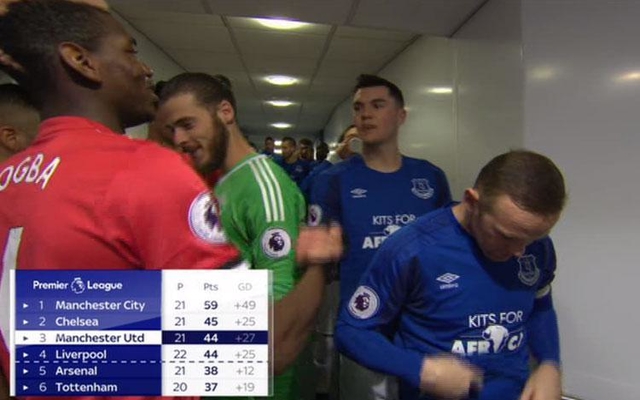 It’s a pet hate for many fans and pundits alike seeing players embracing and joking before games, and Paul Pogba is guilty of it every match.

On one hand, it’s just harmless and good sportsmanship while more often than not it happens between international teammates who are happy to see each other having perhaps not crossed paths for a while.

Other times it’s former teammates who used to ply their trade together at the same club, but Wayne Rooney wasn’t having any of it as seen in the images below. 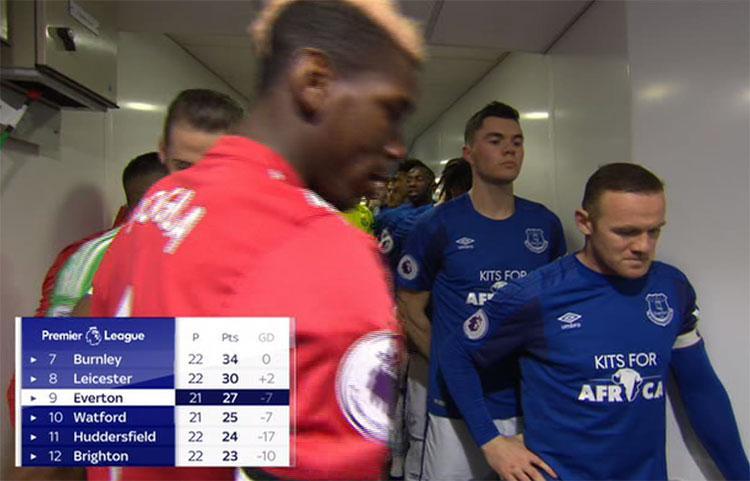 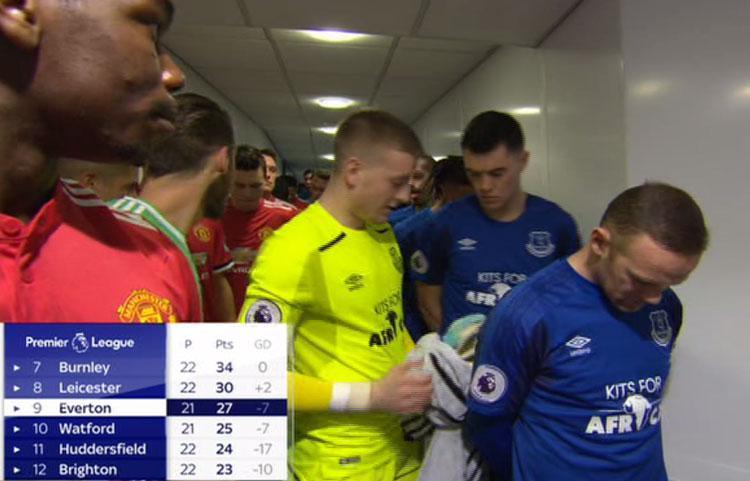 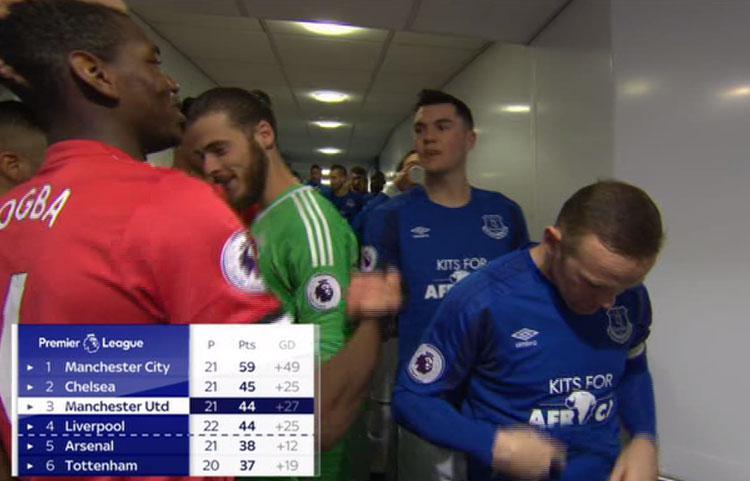 He could have easily opted to give his former United teammates a warm welcome at Goodison Park, but instead he was fully focused on the task in hand and that was to help his side claim all three points while he probably saved the pleasantries for later.

Meanwhile, Pogba was captured awkwardly waiting to see if the Toffees ace was going to shake his hand before he continued down the line with another former United man Michael Keane offering him a handshake instead.

It didn’t go unnoticed, as seen in the tweets below from supporters, as Rooney was widely lauded as it seems the pre-match gestures don’t go down well with many of us.

Sky Sports pundit Graeme Souness hasn’t been shy in blasting it in the past, and we’re sure he was loving Rooney’s reaction on Monday…

Rooney mugging Pogba of there! #notevenlookingatyou

Lol Pogba was expecting to get matey with Rooney in the tunnel, who just wasn’t having it.

Why is Pogba feeling excited shaking hands in the tunnel with every Everton player in sight while Rooney appears more focused, not even looking at the United players.

Did anyone see Rooney ignore Pogba while they were in the dugout before the game….
Hmm… Maybe prematch ritual……..#MUNEVE

That’s the difference in modern day football, Pogba as captain shaking every Everton player’s hand in the tunnel, Rooney comes out as captain and doesn’t shake one man utd player’s hand, against his old team, legend

Pogba has literally looked at Rooney TEN times to get a chance to say hi in the tunnel, but he’s not having it

Rooney vs pog in the tunnel. Pogba looking back hi5-ing all the everton players he can reach. Rooney focused. #EVEMUN