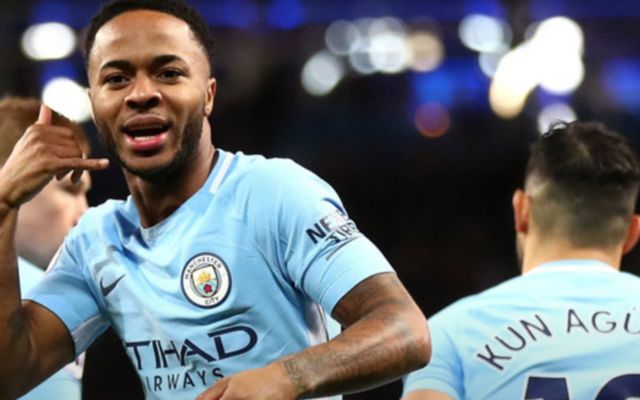 Manchester City beat Watford 3-1 thanks to goals from Raheem Sterling, Sergio Aguero and an own goal from Christian Kabasele, as the Citizens increased their lead at the top to 15 points.

The home side got off to the perfect start, as a cross from Leroy Sane was turned by Sterling just 39 seconds in as Guardiola’s side scored the fastest goal so far this season.

The Citizens then doubled their lead in the 13th minute, as a cross from Kevin De Bruyne was turned home into his own goal by Kabasele to put Man City in the driving seat.

City then bagged their third in the 63rd minute, as another cross from De Bruyne was parried into the path of Aguero, who slotted home to give his side all three points.

Guardiola’s side suffered a consolation goal late on from Andre Gray, as a ball from Carrillo found the former Burnley forward, who tapped home to bag a consolation for the Hornets.

The maestro was at the heart of everything good for the home side tonight, as Pep Guardiola’s side made it 30 Premier League games in a row unbeaten.

Another top class performance from De Bruyne this evening. Clearly unfazed by that Puncheon challenge. It may have even spurred him on, he was getting propa' stuck in tonight. Love it

Watford must hate the sight of Aguero by now!

10 – Sergio Aguero has only scored more goals against Newcastle (11) in all competitions for Man City than he has against Watford. Fest.

Kevin De Bruyne is world class and the best player in the premier league.

Kevin De Bruyne is so good he can assist opposition players in scoring for us.