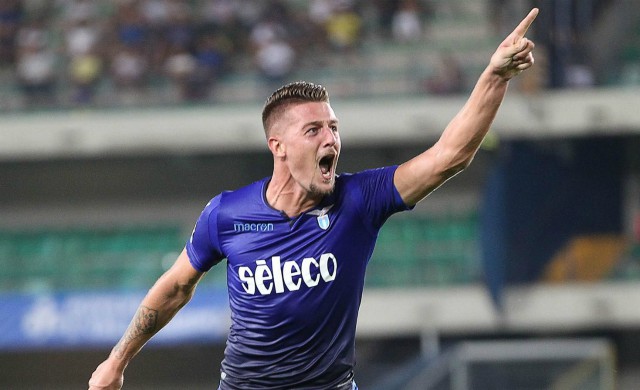 Manchester United look to have been dealt a blow in their rumoured pursuit of the transfer of Lazio midfielder Sergej Milinkovic-Savic.

The 22-year-old is considered a huge talent after shining in Serie A, with the Daily Express recently claiming United were prepared to pay around £95million for him.

It seems clear Milinkovic-Savic has the talent to add something to a big club like United, but it seems he isn’t looking for a transfer in the near future after his quotes to Novosti, as translated by the Metro.

‘I am focused only on Lazio,’ he said. ‘This season, Serie A has improved significantly, as you can see by the fact all the clubs are still in the Champions League or Europa League. 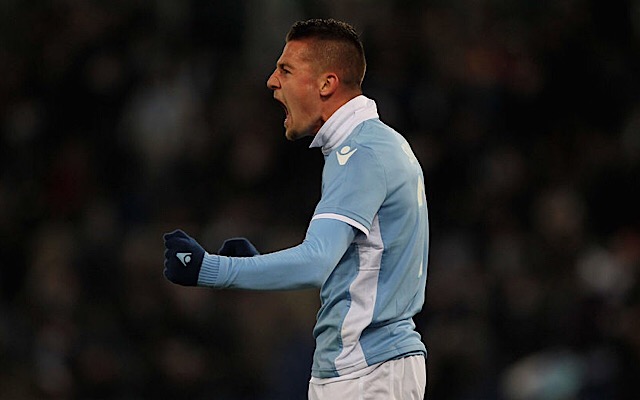 Sergej Milinkovic-Savic has been linked with Manchester United

‘I am not thinking about leaving Lazio, because I am currently very happy in Rome.’

United look like they could do with one or two upgrades in midfield at the moment, with Marouane Fellaini and Ander Herrera nearing the ends of their contracts and with the ageing Michael Carrick no longer a first-team regular.

United haven’t been shy of spending big on the world’s biggest names in recent times, signing the likes of Paul Pogba and Romelu Lukaku in the last two summers.