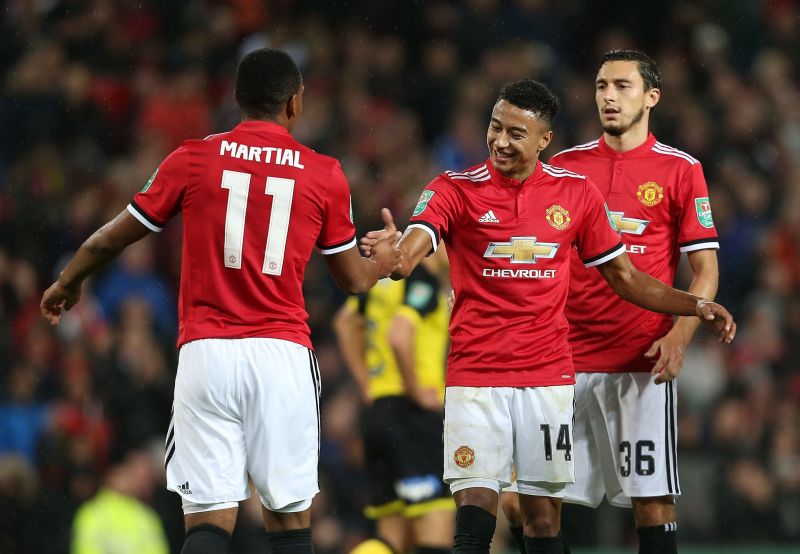 Man Utd ace Jesse Lingard is having himself a season, and teammate Ander Herrera has lavished him with praise after another key performance.

The 25-year-old found the back of the net again in Monday’s win over Everton, and he now has an impressive tally of 10 goals along with five assists in 26 appearances so far this season.

As he finally appears set to take his game to the next level and become an influential figure at Old Trafford on a consistent basis, Herrera has been hugely impressed with what he has seen.

With the Red Devils slipping 15 points adrift of Man City in the Premier League title race, their focus is arguably now on making sure that they finish in the top four, and Lingard has been pivotal in keeping them ahead of the chasing pack.

“Fantastic. When you are like that he has to keep trying [to] shoot, shoot, shoot!” Herrera is quoted as saying by United’s official site.

“He has to keep trying to shoot but the movement he does with us in the team is also amazing. He is very quick at the moment as well. No one can touch him so we are happy for him.”

United, Jose Mourinho and supporters will hope to see Lingard extend this form and deliver consistently to prove that he is a top player who can be an instrumental figure for them moving forward.

Further, England boss Gareth Southgate will surely be delighted with what he’s seeing from him with the World Cup in Russia this summer fast approaching, and so it all seems to be falling into place for Lingard who importantly now has to continue to work hard and maintain this level.

United take on Derby County in the FA Cup on Friday night, and despite a decent break in the schedule after that, it would be no surprise to see Mourinho continue to start the England man and give him the chance to stay in top form.