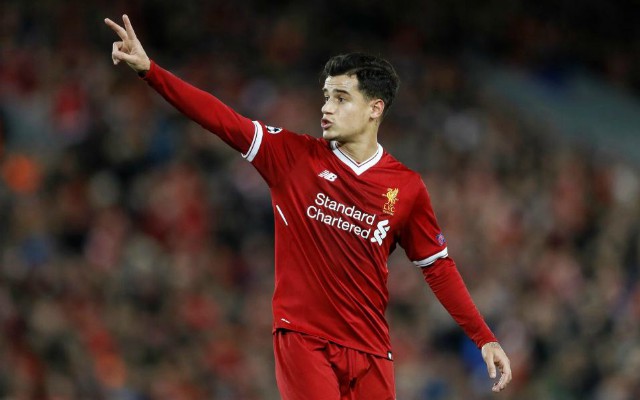 Former Liverpool defender Daniel Agger seems to share the views of some Reds fans that Philippe Coutinho isn’t showing enough loyalty as he appears to near a transfer to Barcelona.

BBC Sport claim the Merseyside giants are braced for another offer from Barca for the Brazilian playmaker, who has been one of the club’s most important players in recent years.

Don Balon also state that a date for Coutinho’s presentation is already in place and that he could be ready to make his debut as early as next Thursday against Celta Vigo.

Philippe Coutinho looks set for a transfer from Liverpool to Barcelona

All this spells bad news for Liverpool, with fans clearly enduring a pretty miserable day as they ponder life without the 25-year-old.

Fan account Empire of the Kop tweeted a tribute to Agger and his loyalty, quoting his dismissal of an apparent offer from Barcelona during his time with the club.

‘Yes they (Barcelona) are a very big club but I have never thought of leaving Liverpool unless they sell me,’ the Dane is quoted.

In what could be taken as a little dig at Coutinho amid all the transfer speculation, Agger actually retweeted Empire of the Kop’s tribute to his own timeline.

Liverpool could certainly do without this kind of distraction in the middle of the season, though Yahoo Sport claim they could be closer to signing Monaco winger Thomas Lemar, who’d be an ideal replacement in attack.