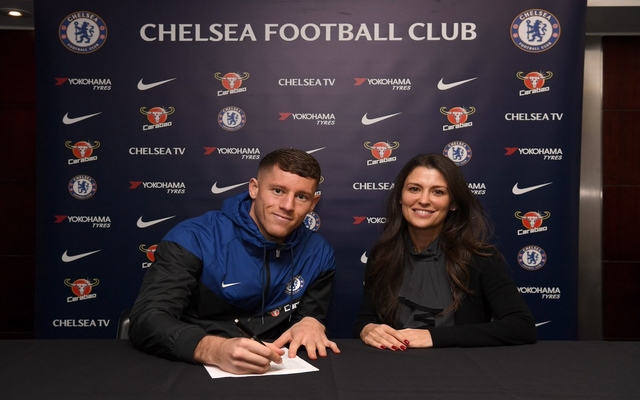 Ross Barkley is a Chelsea player. The former Everton star was unveiled by the Blues on Friday evening as his shirt number was also revealed.

As per BBC Sport, the 24-year-old has joined the Blues in a £15m deal as he brings an end to a 13-year spell with Everton having joined them at youth level.

He made 179 appearances for the Toffees, scoring 27 goals in that time, while he’s also earned 22 caps for England as he now looks to take the next step in his career for club and country.

Chelsea have confirmed on their official site that he’s signed a five-and-a-half year contract with the club, while he will be given the No.8 shirt at Stamford Bridge which obviously means a lot to CFC supporters and takes on great significant given Frank Lampard wore that number during his illustrious spell in west London.

Antonio Conte will likely be delighted with the versatility that he offers as Barkley can play in various positions out wide, through the middle or in a deeper role to give him a great chance to find a way to break into the Chelsea line-up.

However, he will have to get back to full fitness first as he has yet to make a single appearance so far this season with a hamstring injury keeping him sidelined.

In turn, once he’s back in contention, he will push to displace the likes of Willian, Pedro, Danny Drinkwater and Tiemoue Bakayoko in the pecking order, but importantly for him now, he has to take this opportunity with both hands to impress at a higher level.

Chelsea will hope to continue to compete for major honours in the years ahead, and Barkley now has to show that he can deliver consistently both domestically and in Europe to help them reach their targets and make the argument that the reported £15m fee is a bargain for a player with so much to offer.

.@RBarkley20: ‘To be given a fresh start at a new club like Chelsea, it’s unbelievable for me.’ #WelcomeBarkley pic.twitter.com/6piWqWkPMS