Barcelona’s bid for Liverpool star Philippe Coutinho has gone up to a staggering £142million, according to a latest transfer update from the Times.

Their report claims talks are ongoing over a deal, with Coutinho himself supposedly confident his move to the Nou Camp is now ‘imminent’.

Coutinho has been one of the best players in the Premier League since he joined back in 2013, and looks an ideal fit for Barcelona and their style of play.

His departure will undoubtedly be a huge blow for Liverpool, who the Times claim have struggled in last-ditch efforts to persuade the Brazil international to remain at Anfield. 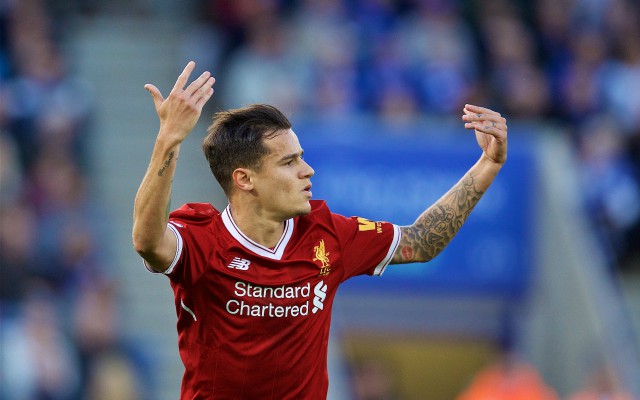 Philippe Coutinho is on his way out of Liverpool

Even a pay rise would not be enough to persuade the 25-year-old at this stage, says the report, as he clearly has his heart set on a dream move to the Catalan giants.

The report adds that Coutinho is expected to miss tonight’s FA Cup clash with Everton due to injury, so it may well be that the player has already played his last game in a Liverpool shirt.

The Merseyside giants have had to deal with departures of star names before, with Barcelona also recently raiding them for Luis Suarez, while Javier Mascherano also swapped Anfield for the Nou Camp back in 2010.