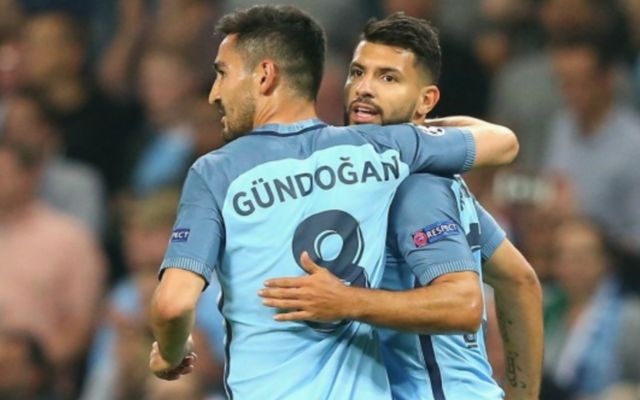 Man City beat Burnley 4-1 this afternoon as Pep Guardiola’s side kept their dreams of sealing the quadruple alive.

The home side fell behind midway through the first half to a fine strike from Austrian forward Ashley Barnes, who powered home following a mistake from John Stones.

Guardiola’s side found their breakthrough in the second half with Sergio Aguero tying the Citizens level before the Argentine found the net a minute later to put the home side in the driving seat.

Two goals from Leroy Sane and Bernardo Silva saw the Premier League table toppers wrap up a convincing 4-1 win over Sean Dyche’s side.

After the match, fans took to social media to praise German midfielder Ilkay Gundogan for his performance in the win today.

Here are a few select tweets from fans on their thoughts about the German international’s performance against Burnley this afternoon.

Gundogan is a better creator than Pogba btw, world class

You need a little bit of ingenuity when things are tight and Gundogan stepped up again. He’s replaced Silva in more open games, like Napoli/Spurs, but today he made a difference in a completely different environment, and in place of KDB. He’s really growing into it now

Omggg look at Gundogan, balling like a prime Xavi ??

Gundogan and Bernardo start for every other team in the league, don't they?

AGUEROOOOOOOOOO 2-1 what a pass from Gundogan!

Great response to score 4 in a half after a poor start. Gundogan my MOTM. On to the next round we go!

Gundogan's assist definitely one of the best I've seen, backheel alone is ruthless but the weight of the pass was madness ?