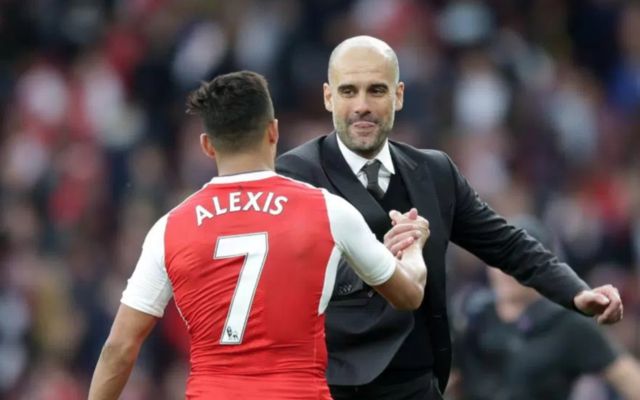 This report sounds like smart business from Arsenal, as it’s claimed that they could be willing to sell Alexis Sanchez this month, but only if they get a replacement in first.

With the Chilean international’s contract set to expire at the end of the season, he’s seemingly edging ever closer to leaving the Emirates on a free transfer.

Arsenal can of course prevent that from happening by cashing in while they can in January, and according to The Mirror, that could still be a possibility.

It’s claimed that the Gunners will sign off on a £35m exit for Sanchez to join Manchester City this month, but only if they can complete a deal for £40m-rated Leicester City star Riyad Mahrez.

The 26-year-old has been in fine form again this season, scoring eight goals and providing eight assists in 24 appearances in all competitions, and so he evidently knows what it takes to succeed in the Premier League, particularly considering he was instrumental in the Foxes’ title success the season before last.

Arsenal also seemingly received a boost on Saturday night from Spanish football expert Guillem Balague, who claims in the tweet below that Mahrez isn’t of interest to rivals Liverpool, and so that will potentially give the Gunners a free path to try and sign the Algerian international.

While it will be difficult to replace the quality that Sanchez offers the team, Mahrez would arguably be a decent signing for Arsenal, provided he can be prised away from the King Power Stadium.

Conversely, seeing their current star name not only leave but to join another Premier League side will be painful for the Gunners faithful, but with no new deal being touted, it looks as though it could be a fate that they’ll just have to accept.