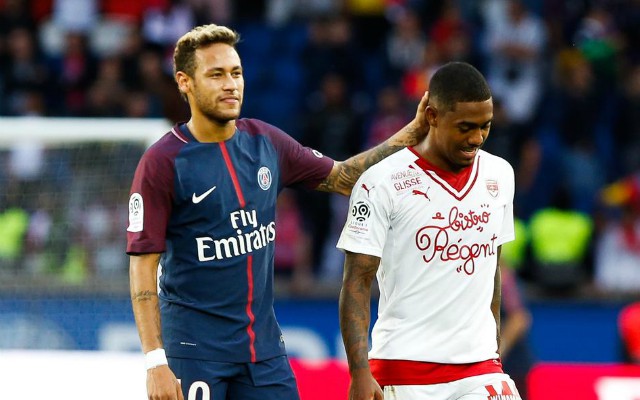 A report from respected Italian outlet CalcioMercato has suggested that Bordeaux winger Malcom has started learning English amid prolonged interest from both Manchester United and Arsenal.

The report states that while United have been preparing a €45m bid for the Brazilian star that Ligue 1 side Bordeaux are instead eyeing up a €60m price-tag for the star.

The suggestion however that Malcom could be preparing for life in the Premier League will certainly be music to the ears of Jose Mourinho.

Manchester United have struggled in recent seasons to provide natural width and the Brazilian star could provide just that.

Mourinho often had to rely on strikers such as Anthony Martial and Marcus Rashford to play in unorthodox wide positions with the self-proclaimed special one possessing no conventional wingers.

Malcom has registered seven goals and four assists in Ligue one this season and his fine form has understandably been attracting the world’s elite clubs.