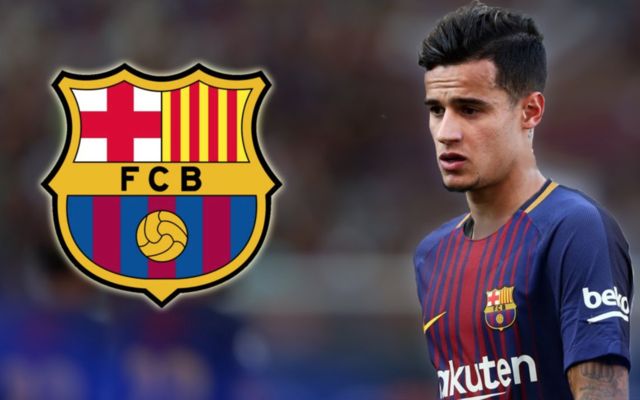 Philippe Coutinho’s sensational move from Liverpool to Barcelona could clear the way for Antoine Griezmann to join Manchester United.

A report from the Manchester Evening News has suggested that Barcelona will now drop their pursuit of longterm Atletico Madrid target Antoine Griezmann after securing Coutinho.

Further, a report from the Daily Express has suggested that Coutinho’s £142m move to the Nou Camp will allow United to trigger Griezmann’s €100m buyout clause.

The news of-course comes as a further blow to Liverpool fans following Coutinho’s departure from England in the last day.

If losing their number one star to La Liga wasn’t enough they could be on the verge of watching one of the world’s greatest talents walk through the entry doors at Old Trafford in the summer.

Further, while Griezmann has been a longterm target for the world’s elite clubs for quite some time the arrival of Diego Costa back in the Spanish capital could signal that Diego Simeone is preparing for life without the Frenchman.