Barcelona confirmed the signing of Philippe Coutinho from Liverpool on Saturday, as the Brazilian now looks ahead to a new chapter in his career.

As per BBC Sport, the Brazilian playmaker has joined the Catalan giants in a deal worth £142m, and so expectations will be high over his influence on the team in the years to come.

It has been argued as to what role he will likely play at the Nou Camp, with some suggesting that he could be a long-term replacement for club icon Andres Iniesta who continues to edge closer to the end of his playing career, while Coutinho may well feature alongside him in the more immediate future.

Further, Ernesto Valverde has a decision to make in terms of who drops out of his La Liga side at least, with his latest recruit cup-tied in the Champions League this season having featured for Liverpool throughout the group stage.

The Barca boss will of course find space in his line-up for Lionel Messi and Luis Suarez as they remain the two leading figures in attack, but with Ousmane Dembele also to consider, where will Coutinho slot in as competition for places is fierce still?

As mentioned, it’s unlikely that the attacking duo of Suarez and Messi will suffer, and so Coutinho’s arrival arguably raises more alarms for the likes of Ivan Rakitic, Gerard Deulofeu and other bit-part squad players who will move further down the pecking order.

There will be variations on the below as it’s a given Barcelona won’t just stick Coutinho and Messi out wide and demand that they stay there, with both likely to drift inside and be offered width by the full-backs, while the latter could continue to play closer to Suarez as he has done this season.

In turn, perhaps Coutinho could play behind the pair or swap over with Iniesta and play in a deeper role, and so it just goes to show the versatility that he can offer albeit he’ll hope to hold down a regular spot.

That does leave a concern over Dembele, but with Barcelona competing on multiple fronts and with a need to rotate while Coutinho will be absent in Europe for now, there will be plenty of opportunities for all and they didn’t splash out on the French youngster to just discard him a few months later.

How do you see Barca lining up with the Brazilian? 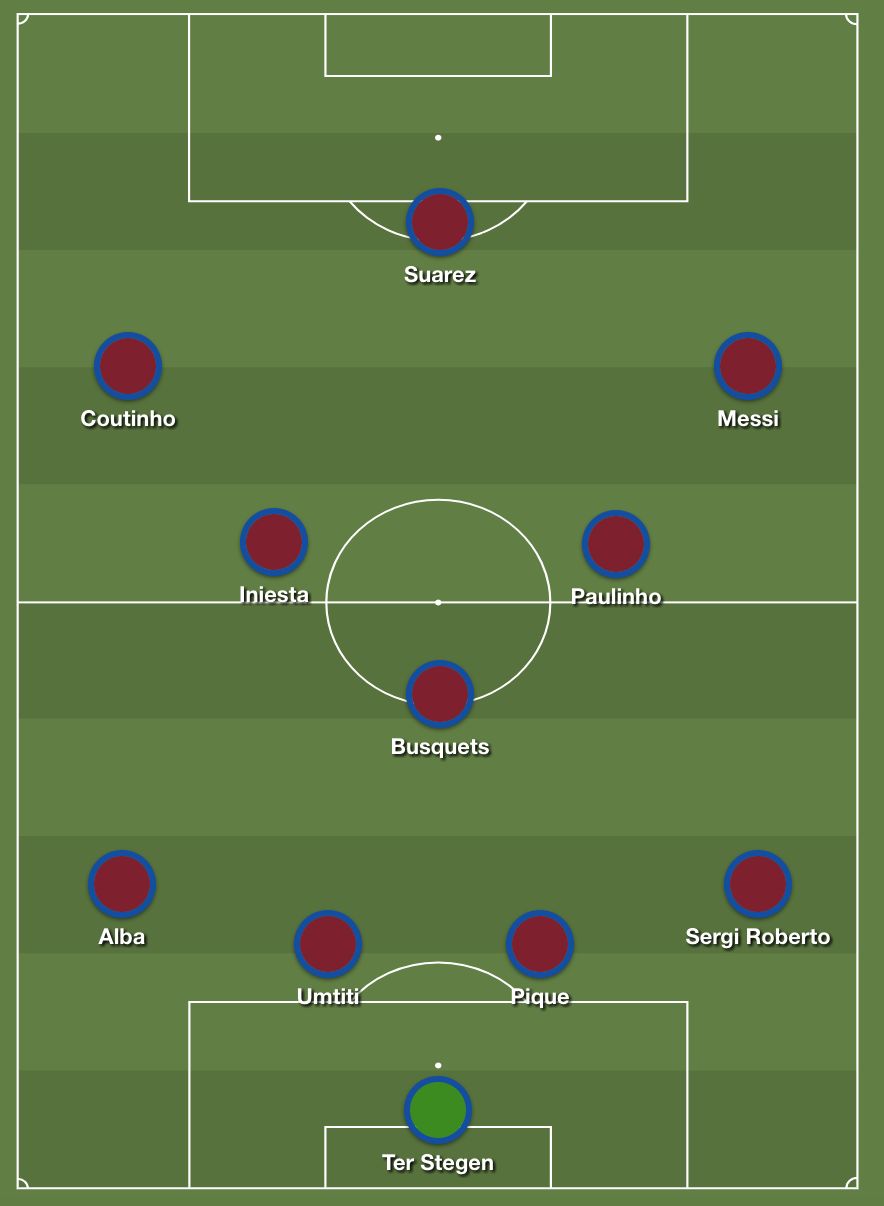