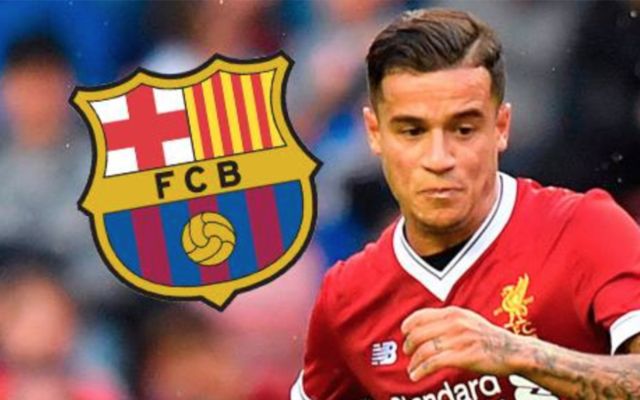 Philippe Coutinho has reportedly been tasked will following the footsteps of some all-time Barcelona greats, as the club have reportedly made the Brazilian their new number seven.

This is according to the Metro, who we re-reporting Spanish radio station Onda Cero, who state that the former Liverpool ace has been handed the number seven for the remained of the 2017/18 season, and that he is to set the Spanish side back £142M.

The club are yet to confirm Coutinho’s official shirt number, however it seems as if the player may be awarded the number seven according to reports. 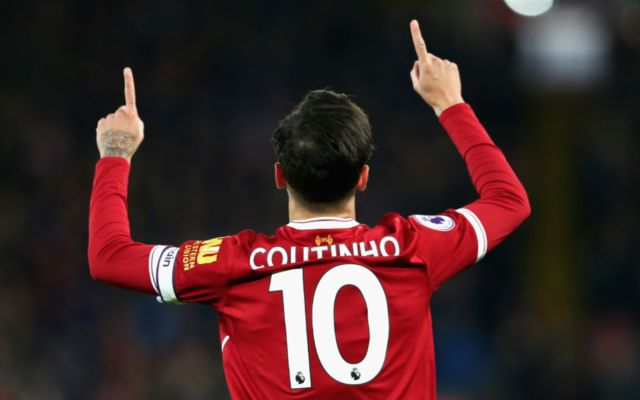 Coutinho was number 10 at Liverpool, however it now seems he will be handed number 7 with Barca

During his time with Liverpool, Coutinho showed exactly what he was capable of, with the Brazilian impressing fans time and time again with his performances.

In his five years at Anfield, Coutinho managed to directly contribute to 97 goals, which is more than any other Reds player managed in that time.

So far this season, Coutinho has managed to show fans exactly why Barca were eager to sign him, with the former Inter Milan ace has scored 12 and assisted nine in 20 appearances in all competitions, an impressive return for a midfielder.

The reportedly high price of Coutinho’s transfer has seen some suggest for it to be a positive for summer signing Ousmane Dembele, as some have said that the pressure of no longer being the club’s record purchase will be off his shoulders.

Following this news, it’ll be interesting to see if Coutinho can follow the footsteps of Guardiola, Figo and co by taking the number seven shirt.