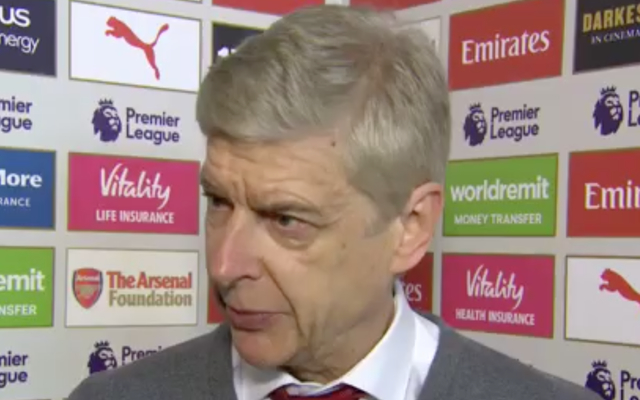 Losing to Nottingham Forest and in turn being dumped out of the FA Cup was bad enough for Arsenal fans on Sunday, and then Arsene Wenger spoke after the game.

The French tactician welcomed his first January signing to the club last week, as Konstantinos Mavropanos was unveiled having joined the Gunners from PAS Giannina.

It’s an underwhelming signing in truth but one that supporters will hope will blossom into a key first-team figure in the years ahead, but as their season begins to seemingly slip away again, more established stars being signed would perhaps be expected.

However, it doesn’t look as though Wenger is planning anything as he conceded in his post-game interview that there are no more deals close to being completed. Further, he didn’t offer the greatest of assurances that he knows too much about Mavropanos with his answer below.

“No. I can’t give you any news on any transfer because we are not close to signing anyone,” he is quoted as saying by The Sun.

“We signed a Greek boy, who looks quite good in training. But apart from that we are not on anything.”

With another fight on their hands to make the top four and thus qualify for the Champions League, it’s not the time to be leaving fans disappointed off the pitch too.

Arsenal currently sit in sixth place in the Premier League, five points adrift of Liverpool in fourth, while they still have the Europa League to consider. With no more January signings arriving potentially, it’s not going to do much to quieten the growing discontent that seems to be brewing at the Emirates yet again.