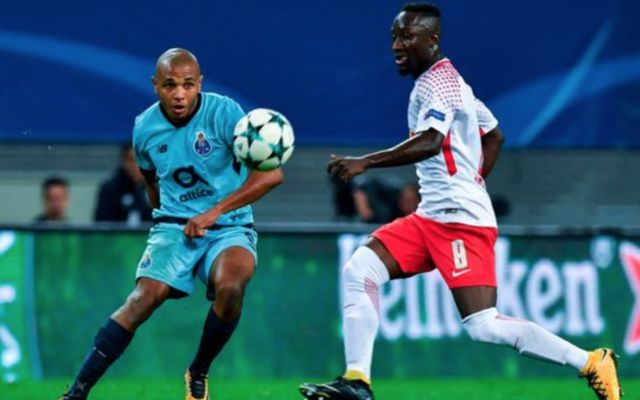 Liverpool have a void to fill now that Philippe Coutinho is set to be unveiled by Barcelona on Monday, and they could splash out in January.

The Merseyside giants are currently on a 17-game unbeaten streak in all competitions, as Jurgen Klopp will be impressed with what he’s seen from his side in recent weeks.

Virgil van Dijk had a debut to remember after scoring the winning goal against Everton in the FA Cup on Friday, but with no Coutinho to pull the strings in midfield and be their creative spark, it could disrupt their momentum and prove to be a major blow for their season.

In turn, some supporters will argue that spending in January to reinforce the squad would be the wise idea, to keep them in a strong position to qualify for the Champions League and to continue to strengthen Jurgen Klopp’s options to reach even headier heights.

According to The Telegraph, that could start with RB Leipzig midfielder Naby Keita, who is set to join the Reds in a £57m deal this summer, but it’s claimed that the transfer could be brought forward.

Having collected £142m from the sale of Coutinho, as per BBC Sport, there’s no denying that Liverpool are now in a stronger financial position to go out and sign the ideal player to replace him. Keita of course isn’t a direct swap, but he’ll hope to establish himself as an important figure in the future.

It’s noted that Liverpool are prepared to offer more than the £57m they will spend this summer in order to complete a deal in January, although journalist Chris Bascombe also adds that it ‘still looks unlikely’ as they may well choose to wait until the summer.

Losing one of their best players is always going to lead to a difficult transitional period, but unless Klopp can identify the right player for the right price in January, perhaps he would be doing the sensible thing in waiting for the summer window to take time to assess his options properly rather than rushing the decision.