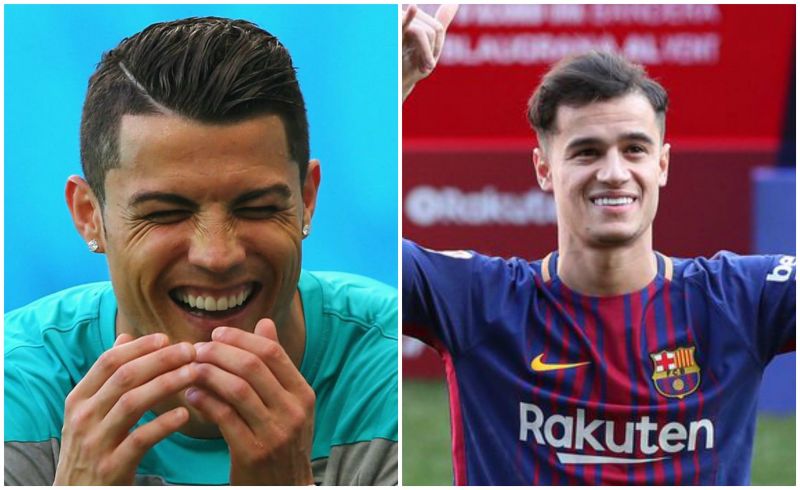 Real Madrid star Cristiano Ronaldo has reportedly been mocking Philippe Coutinho’s transfer from Liverpool and Barcelona, according to Diario Gol.

The Spanish outlet suggests Ronaldo’s words have become known to Barca’s players, and that the dig relates to Coutinho’s role in the team despite his big transfer to the Nou Camp.

BBC Sport report the Brazilian’s fee as being £142million, but Ronaldo apparently believes Coutinho is unlikely to dislodge either Lionel Messi or Luis Suarez as the star of the team.

According to Diario Gol, the Portugal international merely feels Coutinho has been brought in to replace his fellow countryman Neymar, who left in the summer.

The forward, now at PSG, was supposedly not content playing a supporting role to Messi and Suarez, and Ronaldo is amused by the fact that Coutinho is now set to do the exact same thing, Diario Gol claims.

It remains to be seen if the 25-year-old will be too bothered by Ronaldo’s opinion on the matter, but it’s a far from ideal start to life at his new club.

This also comes as Don Balon today reported that three of Coutinho’s new team-mates are not entirely happy about the player’s arrival at the Nou Camp.