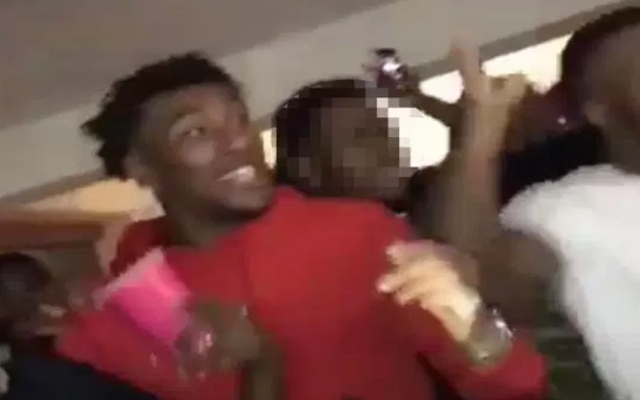 Arsenal star Alex Iwobi has got himself in trouble after a video was leaked of him reportedly partying until the early hours on Friday night, before a game on Sunday.

The Gunners were dumped out of the FA Cup by Nottingham Forest, and The Sun have reported how Iwobi was seen at a party until 2.37am on Saturday in London.

Much has been made of what was happening at the party which is speculation at this point and ultimately it’s not as if we’re led to believe Iwobi was drinking or anything else, but the fact that he was out until late so close to a game smacks of unprofessionalism and his poor display on Sunday wouldn’t have helped matters.

Now, Arsenal fans have seemingly been having their say on his Instagram page, as seen in the images below, with many of them labelling him a “disgrace”.

While the 21-year-old hasn’t actually posted since the story broke, the fans have left comments on his last post which was two days ago, showing him in training with Jack Wilshere in the background.

Iwobi hasn’t got anywhere near the level at which Arsenal fans want to see him yet, as he has just one goal and two assists in 18 games for the club so far this season.

With doubts over Mesut Ozil and Alexis Sanchez’s futures at the Emirates given their contracts expire at the end of the season, Arsene Wenger will need much more from his young star or he will be forced to look at the market and bring in reinforcements instead.

Reports like this don’t help Iwobi whatsoever, and while an apology will surely follow sooner rather than later, this is not a good look for him as he’ll have to win back some of the fans now too… 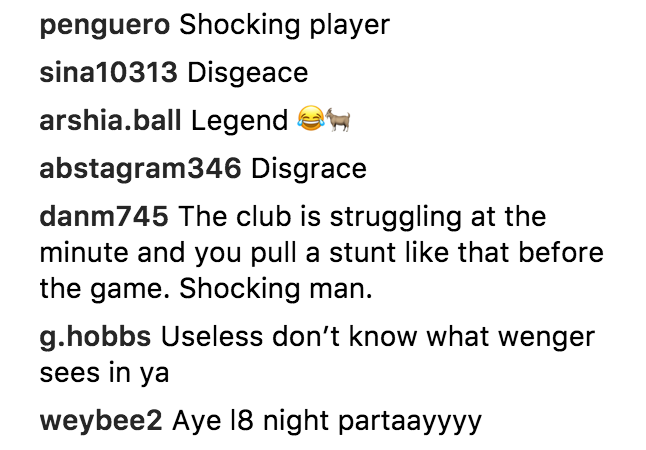