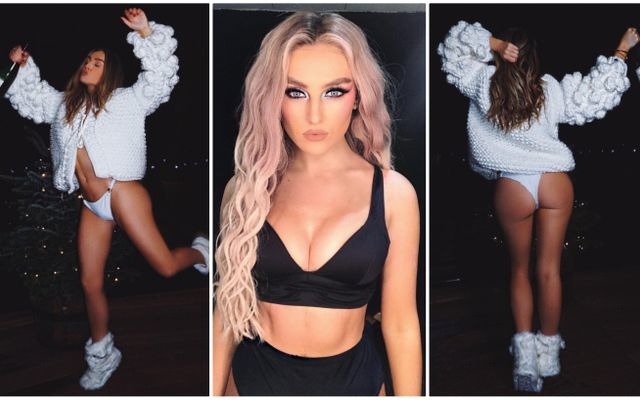 She’s caused a stir with her latest Instagram posts, and it’s fair to say that Perrie Edwards looks incredible as she sizzles in a cheeky photoshoot.

It was reported last January that the Little Mix singer confirmed she was dating Liverpool star Alex Oxlade-Chamberlain, then of Arsenal, and the pair are still going strong as they shared a bunch of Christmas and New Year snaps on social media in recent weeks.

However, what’s got everyone talking is Edwards and her latest collection of photos, as seen below, along with a whole host of others that she has graced us with.

A star in her own right but now well on our radar having hooked up with the Premier League star, she’ll hope her other half secures a spot at the World Cup this summer and we may well see her cheering her man on from the stands in Russia.

For now though, we’re more than content with this lot, and she’s sure to offer up some gems between now and the summer…