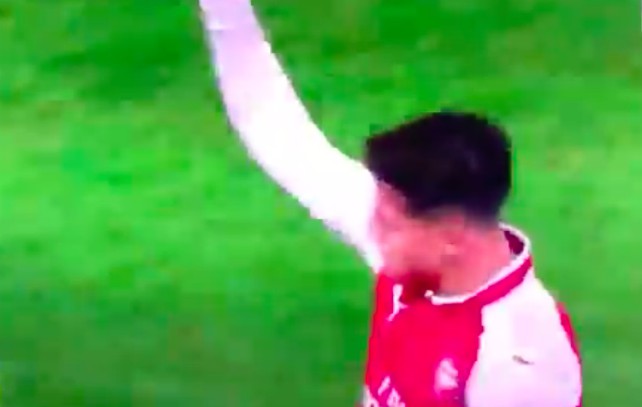 Arsenal fans believe Alexis Sanchez may have just said his goodbyes to Gunners fans after tonight’s 0-0 draw with Chelsea, which he started on the bench.

Speculation has been hotting up that Sanchez could join Manchester City this January, despite previous rumours suggesting he’d see out his contract at the Emirates Stadium.

Still, the Indpendent suggest the Chile international could be a City player by the end of the week, and Arsene Wenger benching him tonight will have done little to ease his supporters’ fears.

On top of that, Sanchez was seen waving at the away end at Stamford Bridge tonight in what looked an emotional gesture from the 29-year-old.

Arsenal fans on Twitter are convinced that’s the last they’ll see of Sanchez in a red and white shirt, though many are relieved this saga is finally set to come to an end…

Was that a wave goodbye at the end by Sanchez