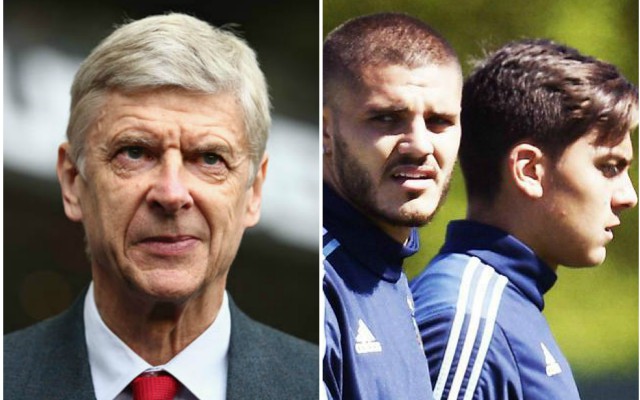 Arsenal are reportedly among the list of clubs interested in a transfer swoop for £97million-rated Inter Milan striker Mauro Icardi, according to sources in Italy.

The Argentina international has been in prolific form this season, scoring 18 goals in 20 Serie A games to spark rumours that he could be on his way to Real Madrid.

Diario Gol recently claimed Icardi was closing in on a move to the Bernabeu after passing a secret medical with the club, and this also follows links with Premier League sides.

Don Balon have linked Icardi with Manchester United, while the Sun talked of a potential battle between Chelsea and Madrid for his signature earlier in the season.

Still, Gianluca Di Marzio have now added Arsenal to his list of big-name suitors, and this comes as the Gunners face losing Alexis Sanchez to Manchester City.

Arsenal have joined the chase for Mauro Icardi transfer

The Guardian claim City have bid £20million for Sanchez, and there’s no question Icardi could be a fine signing to replace him up front in Arsene Wenger’s side.

However, the 24-year-old is more of an out-and-out centre-forward than Sanchez, and that could spell trouble for summer signing Alexandre Lacazette, who hasn’t been at his best since joining from Lyon.

Icardi may be seen as an upgrade by Wenger, though Di Marzio claim it would likely cost around £97m to prise the prolific hit-man away from the San Siro.