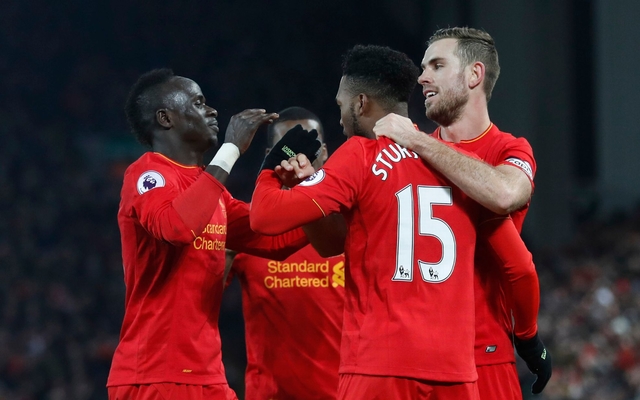 Liverpool striker Daniel Sturridge wants out at Anfield it seems, as reports in Italy have suggested he’s been in touch with Inter over a move.

The 28-year-old has been blighted by injuries throughout his spell at Anfield, which has been particularly frustrating as when fit, he has proven to be a crucial figure for the Reds.

The 2013/14 campaign was proof of that, as he bagged 24 goals in 33 games, but since then he has struggled to get back into double figures.

Meanwhile, this season has presented new troubles for him, as with the likes of Mohamed Salah, Sadio Mane and Roberto Firmino in fine form and being preferred, Sturridge hasn’t been in the squad in the Premier League for the last seven games, while his last appearance came off the bench against Chelsea on November 25.

Given he’s been used so sparingly, it has raised fresh question marks over his future, as he will also undoubtedly harbour ambitions of making the England squad for the World Cup in Russia this summer and it’s no surprise that he’s eyeing a move.

In turn, a January exit could be on the cards, with Calciomercato even reporting that he could be tempted into a move to Italy as he has offered his services to Inter.

It’s claimed that directors Walter Sabatini and Piero Ausilio are considering it and so there may well be interest at their end, with a six-month loan spell likely to be the most suitable resolution for all parties.

With a lack of options up top beyond Mauro Icardi, it could suit Inter to bring in another forward, but whether Sturridge can provide them with what they need behind the Argentine ace is another matter as he’ll have to prove his fitness and reliability to them.