Manchester United manager Jose Mourinho has reportedly got Real Madrid in a bit of a panic after contacting Marco Asensio about a transfer to Old Trafford.

The Spain international has attracted United’s interest, with Don Balon claiming Mourinho is desperate to land him to help his side bridge the gap with Manchester City.

The report claims Mourinho has been pushing for United’s top brass to get a deal done, and that he’s also spoken to the player directly.

Real won’t want to lose such a promising young talent after his rise to the first-team last season, though it is little surprise to see that he might have his head turned. 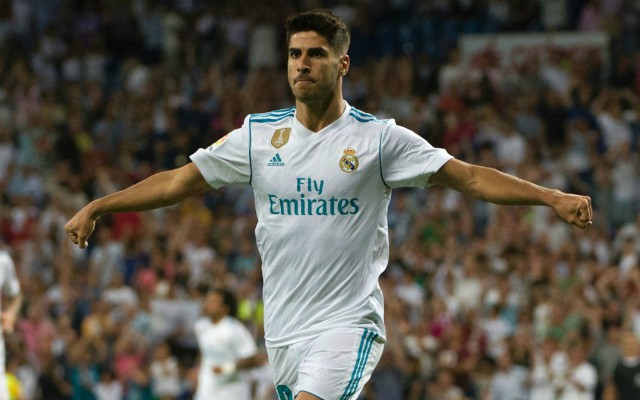 Asensio has not played as often this season and could do with more regular opportunities to show what he can do for a top club.

United would surely find room for him due to the recent struggles of players like Henrikh Mkhitaryan, Anthony Martial and Marcus Rashford in supporting Romelu Lukaku up front.

Asensio’s creativity and eye for goal from the attacking midfield area could be a welcome addition for the Red Devils, but it remains to be seen how Real will deal with Mourinho’s interest.