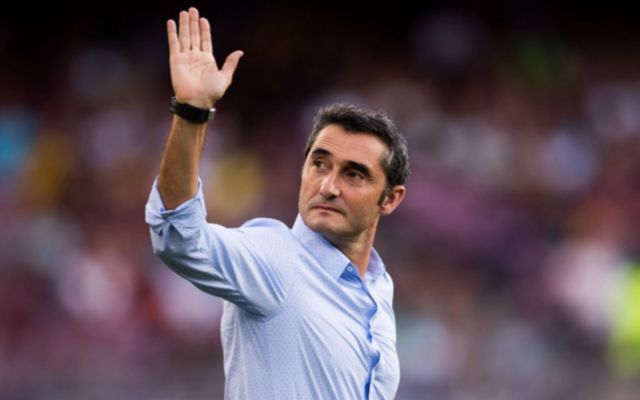 Barcelona have spent big in the January transfer window, and they could now be looking to have a clear-out to help balance things out.

As per BBC Sport, the Catalan giants splashed out £142m on Philippe Coutinho this week, while Mundo Deportivo add that defender Yerry Mina is set to follow the Brazilian to the Nou Camp.

In turn, they’ve made two key signings for their present and long-term future, which will leave Ernesto Valverde delighted as it strengthens his squad and gives them a better chance of winning trophies.

However, with that, it seems as though sales have to be made too, with Mundo Deportivo noting three players in particular who are set to leave the Nou Camp.

The first and most prominent name is Gerard Deulofeu, who could seal an €18m move to Serie A leaders Napoli, as per the report, where a player with his qualities is desperately needed.

Maurizio Sarri has depended heavily on the likes of Jose Callejon, Dries Mertens and Lorenzo Insigne, and so adding another attacker capable of playing across the line would be a huge boost for their hopes of winning the Scudetto.

In turn, that move seems to make sense to happen this month as he isn’t getting the playing time that he craves at Barcelona, with just 16 appearances to his name so far this season.

Meanwhile, it’s the same scenario for Rafinha and Aleix Vidal, with the former tipped to follow Deulofeu to Italy and join Inter, while Vidal could stay in Spain and re-join Sevilla, according to Mundo Deportivo.

These departures seem to make sense for all concerned. Although they’re getting rid of depth which could be risky given that they’re competing on various fronts still, Barcelona don’t necessarily need to hold on to the three in question.

For the players, they want regular football, and they’re simply not getting that, or will not get that, at the Nou Camp such is the competition for places.