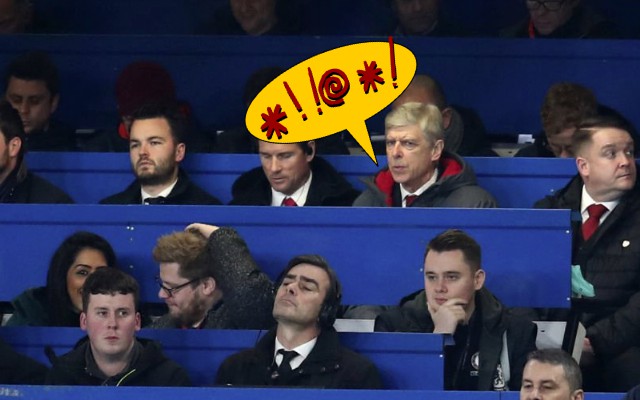 Arsenal manager Arsene Wenger was not allowed to sit in the dugout during Wednesday’s 0-0 draw at Chelsea due to a touchline ban so he and coach Jens Lehmann watched the game alongside journalists in the press box instead.

But it seems that the 68-year-old may not have learned his lesson as he again blasted a match official at Stamford Bridge, albeit only under his breath.

According to Daily Mail reporter Sami Mokbel, Wenger was frustrated by the number of fouls referee Martin Atkinson was awarding in favour of Chelsea striker Alvaro Morata.

Wenger is said to have mumbled: “Every time he goes down it’s a f****** free-kick,” during the second half.

Chelsea dominated in terms of possession and chances at Stamford Bridge but Arsenal will be pleased to have come away from the first leg of their Carabao Cup semi-final with parity intact.

The second leg takes place at the Emirates Stadium on Wednesday, Janaury 24.