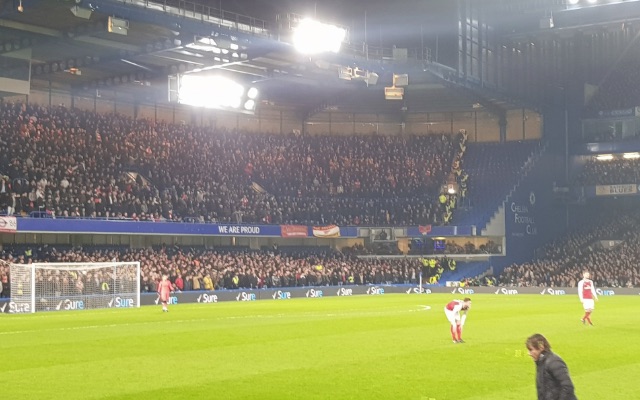 Chelsea and Arsenal clashed at Stamford Bridge in the first leg of their Carabao Cup semi-final on Wednesday night and, like it does whenever rivals meet, the banter between fans did flow.

Some Gunners supporters taunted the home side with a chorus of “You bought it all”, suggesting that Chelsea’s remarkable success in the 21st century is somehow undermined by the substantial investment made by Russian billionaire Roman Abramovich.

One Chelsea fan, lingerie model and YouTube pundit Sophie Rose, hit back at Gooners over the chant, pointing out some blatant hypocrisy.

“Every week you complain your manager and club won’t spend the money,” she wrote on Twitter.

“Make your mind up”.

Sophie, who posed for a selfie with Arsenal Fan TV icon Claude on Wednesday night, makes a very good point.

Football is a huge business these days.

Investment is crucial and success is everything.

And the fact is – paid for or not – Chelsea have won the Premier League five times (and lifted the Champions League and Europa League) since Arsenal last claimed the title.

Chelsea supporters sing ‘We’ve won it all’ as the Arsenal fans massed at Stamford Bridge respond with ‘You’ve bought it all…’ #CFCvAFC pic.twitter.com/BSVY0SU5Hd