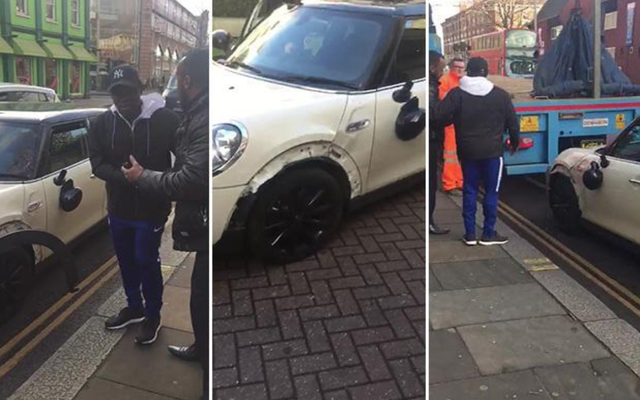 Fortunately he came away with no injuries, but Chelsea midfielder N’Golo Kante was involved in a minor car collision prior to the Arsenal game.

The Blues took on their London rivals at Stamford Bridge on Wednesday night, playing out a goalless draw in their League Cup semi-final first leg encounter.

Kante started for the hosts and played well, and he deserves more credit considering the off-the-pitch distraction that he suffered on Wednesday.

As per The Sun, the 26-year-old collided with a lorry, with damage seen in the images below with his tyre and wing mirror seemingly suffering the brunt of the force.

However, in typical Kante fashion, it’s added by witnesses that he still managed to take time to pose with fans as he swapped details with the driver and made arrangements to get on with his day.

Earning thousands of pounds a week, this Chelsea star remains grounded enough not to splash out on a sports car and he was probably happy he didn’t after this!

Kante continues to be an important figure and ever-present for Antonio Conte in the heart of his midfield, and he’ll be glad that the Frenchman is safe and sound and was able to play on Wednesday.