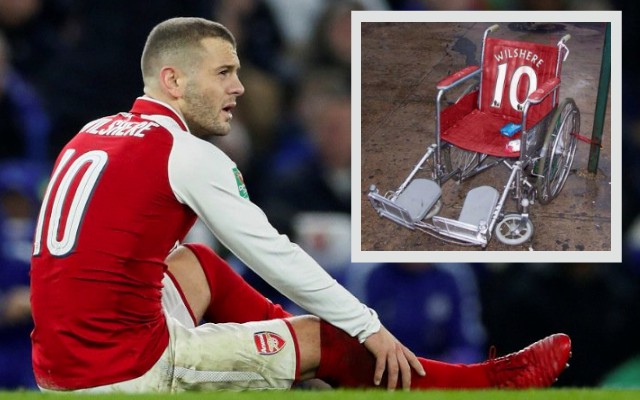 The first leg of the Carabao Cup semi-final between Chelsea and Arsenal ended goalless so there were no winners on Wednesday night… right?

Tell that to these Tottenham fans, who crawled out from under their rocks to express joy at Jack Wilshere adding to his lengthy list of career injuries.

Wilshere, who started the match as Arsenal’s captain, limped off in the second half after a Danny Drinkwater cross hit him on the leg.

#CHEARS so let me get this right, that Wilshere injury was caused by a Chelsea player kicking the ball onto his ankle? Lol come on now.

Sure, it’s not a great sign when you star midfielder can’t withstand being struck by a football, but come on lads, show a bit of class.

One Tottenham supporter took to Twitter to recall his “favourite Jack Wilshere injury” while another commented: “Couldn’t happen to a more deserving c**t”.

Wilshere’s injury is an ankle problem, according to manager Arsene Wenger, who spoke to Sky Sports after the match.

Wenger admitted that the blow could leave the Gunners “a bit short” for Sunday’s Premier League trip to Bournemouth. 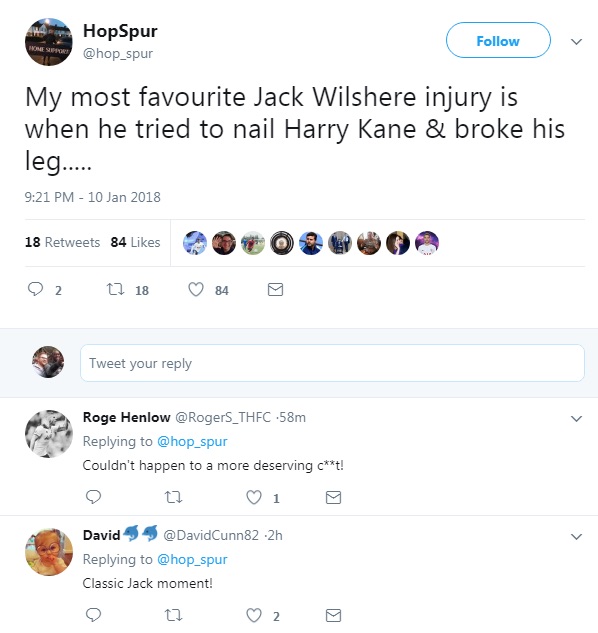