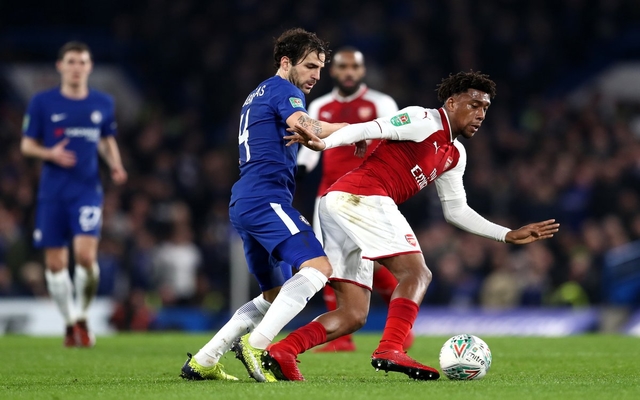 Arsenal ace Alex Iwobi made the headlines at the start of the week prior to facing Chelsea in the League Cup semi-final first leg on Wednesday night.

As reported by The Sun, the Gunner star was spotted at a party late Friday night into the early hours of Saturday morning.

The problem was that Arsenal played Nottingham Forest on Sunday in the FA Cup and they were dumped out with Iwobi playing a disappointing part in their performance.

Naturally, that didn’t reflect well on him and Arsene Wenger had suggested that he would be penalised for it. However, fast forward to Wednesday night and he was in his starting line-up at Stamford Bridge.

It remains to be seen what action Arsenal actually take with the 21-year-old, but a moment where the Arsenal fans troll him during the goalless draw with Chelsea has gone viral on social media, as seen in the video below.

As long as he continues to frustrate on the pitch, just as he did against Chelsea with his scuffed finish in the second half a perfect example of his shortcomings, Iwobi is likely to face more scrutiny from supporters and pundits alike. Wenger needs to see real improvement in him moving forward, and less of the antics off the pitch would certainly be helpful.