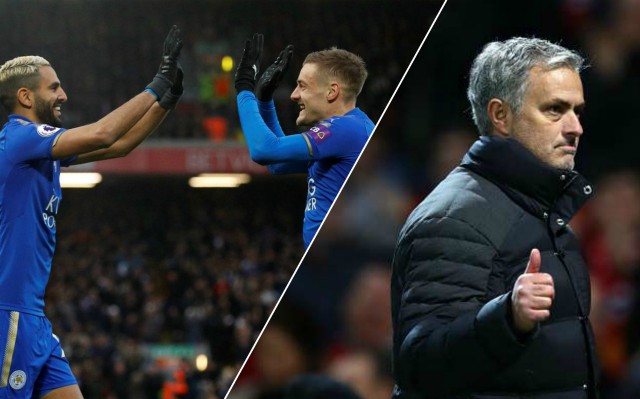 Manchester United have reportedly held initial talks over signing Leicester City striker Jamie Vardy after making an enquiry over the possibility of a January transfer.

According to the Telegraph, the Red Devils have made their interest known to Leicester and would likely have to pay around £35million for the England international this winter.

Vardy could be a superb short-term option for United up front, with the club in need of a replacement for the injured Zlatan Ibrahimovic to take the pressure off first-choice front-man Romelu Lukaku.

This is all starting to feel a little like the summer of 2016 for the Foxes, who, on the back of their shock Premier League title triumph, faced interest in a number of their star players.

N’Golo Kante ended up leaving the King Power Stadium for a transfer to Chelsea, though they now face fresh interest in Vardy and Riyad Mahrez, two other stars of that title-winning side.

BBC Sport reported that Vardy turned down an offer from Arsenal that summer, while Le Buteur have recently claimed the Gunners are now in for Mahrez again.

United’s interest in Vardy is another blow for Leicester, but they’ve arguably done superbly to hold on to their stars for as long as they have.

For Mourinho, the 31-year-old striker could be a fine addition in the middle of the season due to not being cup tied in the Champions League.

‘What the hell is this’ – These Arsenal fans react furiously to Arteta’s six changes to the starting line-up against Leicester Feb 28 2021, 11:15
Arsenal FC