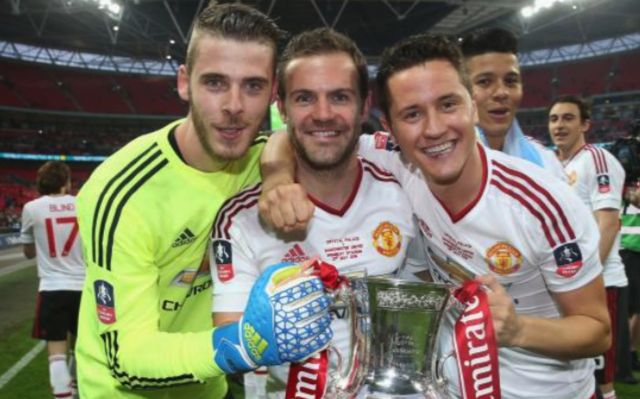 This is according to the Sun, who state that the Spanish shot-stopper is currently on a £210,000-a-week deal at United, and that the club are planning on increasing the player’s wages to a huge £300,000-a-week.

The news outlet are also stating that a United source had said that talks between the two parties will begin “very soon” and that the club are “committed to tying him down for the long-term.”

Since arriving at the club from Spanish giants Atletico Madrid in the summer of 2011, De Gea has established himself as one of the best goalkeepers in the world.

De Gea has proved to be vital for Jose Mourinho’s side these past few seasons, with the Spanish international effectively wining games on his own on a number of occasions.

In 296 appearances for the Red Devils, former Atleti ace De Gea has been able to keep a total of 111 clean sheets, a phenomenal record.

De Gea’s performance for the Premier League giants has seen some rank the player above the likes of Manuel Neuer and Jan Oblak as the best goalkeeper in the world.

Should United end up offering De Gea a new big-money deal to keep him at the club, this will come as a big boost for United and their fans, who would hate to see the 27-year-old leave for one of their European rivals.