Liverpool are reportedly on the verge of sealing the transfer of RB Leipzig midfielder Naby Keita, with the Daily Mirror claiming a deal could be done and the player unveiled by Sunday.

The Guinea international had an agreement in place to move to Anfield for £48million next season, as per BBC Sport, but it now looks like the Reds are close to bringing that move forward.

Losing Philippe Coutinho to Barcelona this month seems to have played a big part in that decision, with the Mirror reporting they’ve received a £142million transfer fee for the Brazilian.

This should give them plenty more to spend, despite already bringing in Virgil van Dijk from Southampton earlier this month. 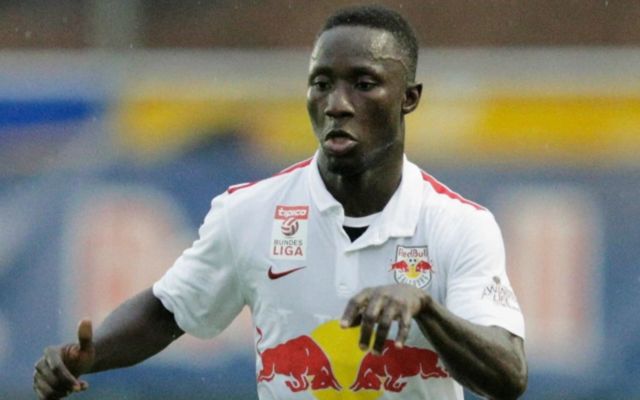 Could Naby Keita make his way to Liverpool in the January transfer window instead?

The Mirror claim Keita’s original transfer fee could rise to as much as £66million, more than the BBC mentioned, though it’s not yet clear how much extra Liverpool would have to pay to sign him this January.

Keita has shone in the Bundesliga and looks ideal to replace Coutinho in that attacking midfield area, though he can also operate in a deeper role as well.

The 22-year-old is a huge talent and could make an immediate impact at Anfield if brought in this season.

This also comes as the Liverpool Echo recently reported Liverpool may be behind Arsenal in the running for Monaco winger Thomas Lemar, another player touted as a potential replacement for Coutinho.