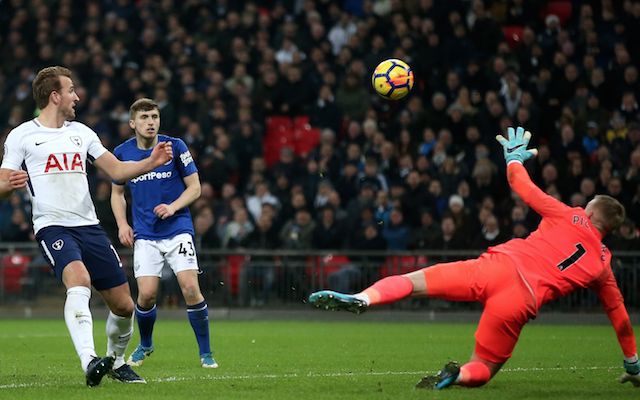 Everton looked to have taken an early away lead at Wembley but Wayne Rooney’s header was ruled offside. Tottenham went on to comfortably take control of the game despite the early scare.

Heung-Min Son gave Tottenham the lead on the 26th minute with a tap-in after latching onto Serge Aurier’s cross.

Son then turned provider and produced a superb assist for Kane to convert on the 47th minute.

Christian Eriksen sealed the resounding victory in the 81st minute by adding a fourth.

While Harry Kane will steal the headlines after breaking a historic Tottenham record, it was Heung-Min Son who produced perhaps the most important performance for Spurs this evening.

His opener was imperative in establishing Tottenham’s control over Everton and the star caused trouble for Everton all game.

Yannick Bolasie has struggled to recapture the form he was producing before his injury last season. The winger looked isolated throughout and with his confidence lacking he was unable to trouble any of the Tottenham back four.

Sam Allardyce pulled Bolasie from the action on the 57th minute.

Most goals scored for Tottenham in the Premier League:

Plenty of praise for a historic Harry Kane…

That’s both a testament to the World Class talent of Kane, and how shit Tottenham have been for so long. Brilliance & banter.

He’s only 24. Best is yet to come #Harrykane @hkane #THFC

How much would you demand for Harry Kane?