Saido Berahino arrived a day in advance for Stoke City’s clash with Manchester United in a hilarious blunder.

Stoke City defender Kurt Zouma captured the moment on Instagram as Berahino casually strolled into the Stoke City carpark completely oblivious to the fact that he was 24 hours early.

Zouma, who like many of us, couldn’t find the strength to hold in his amusement and bafflement at the striker’s blunder added the caption “Bro the game is tomorrow!!” 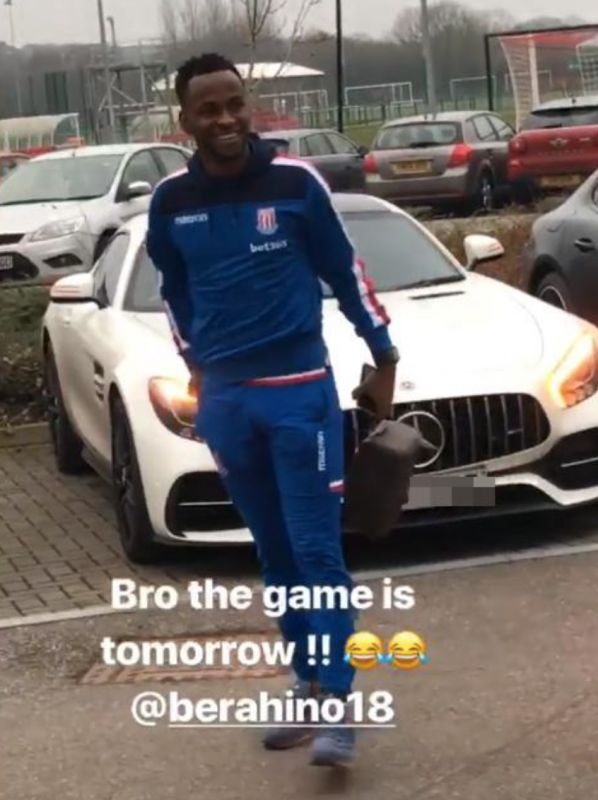 Stoke currently sit 18th in the Premier League and lost their manager Mark Hughes last week after they were knocked out of the FA Cup by League 2 side Coventry City.

Additionally, Berahino himself has had a dismal season. The striker is still searching for his first goal for the side despite now having been at the club for a year since signing from West Brom for £15m in January 2017. (Fee per the Daily Mail)

West Brom prepared to triple contract rebel’s wages to £60k-a-week even though he has not scored since February December 31, 2016 11:12
West Bromwich Albion FC