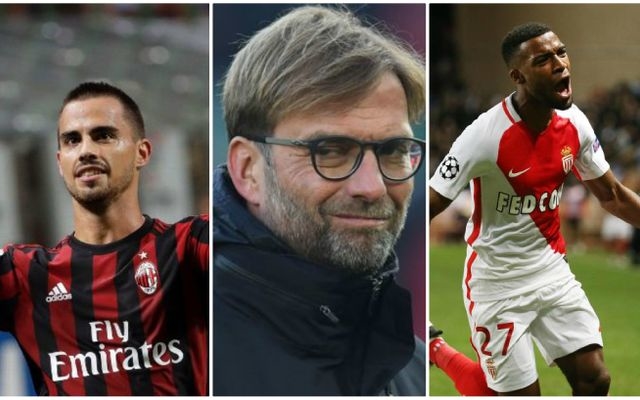 Liverpool have a Philippe Coutinho shaped hole to fill after his move to Barcelona, and Jurgen Klopp reportedly has two targets in mind.

Losing one of their best players is always going to hurt the Merseyside giants, and while they still have the likes of Mohamed Salah, Roberto Firmino and Sadio Mane, Coutinho was the creative spark behind them stringing things together.

In turn, a replacement will arguably be needed, whether that’s this month or in the summer, and two names have emerged on Sunday as possible recruits at Anfield.

Liverpool linked with reunion with Suso

The first is a familiar face in Suso, with The Express, via Tuttosport, reporting that the Spanish winger has seen his former club make their first bid for him.

Suso has come a long way since moving to Italy, establishing himself as a fundamental player for Milan and a leading creative player for them.

As a result, it’s highly unlikely that the Italian giants will have any interest in selling him, while as noted above, it arguably doesn’t make much sense for Liverpool unless they plan on deploying him in a deeper role like Coutinho.

The 24-year-old has scored seven goals and provided nine assists in 27 games so far this season, maturing and developing into a completely different player from the one that left Anfield in 2014.

Meanwhile, The Times report that Liverpool still see Thomas Lemar as their top target, but there is a significant difference between what they’re willing to offer and what Monaco want.

It’s claimed that the French outfit want £90m for the 22-year-old, while the Reds are willing to offer around £60m. In turn, that’s a sizeable gap that will require negotiations to reach a compromise, that’s if one can be reached with a £30m difference.

Lemar has been unable to replicate his form from last season as he helped his side land the Ligue 1 title, as he’s managed just three goals and four assists in 20 appearances.

As a result, it also raises the debate as to whether he’s worthy of such a heavy investment having failed to follow up his breakthrough season to prove that he can consistently deliver.