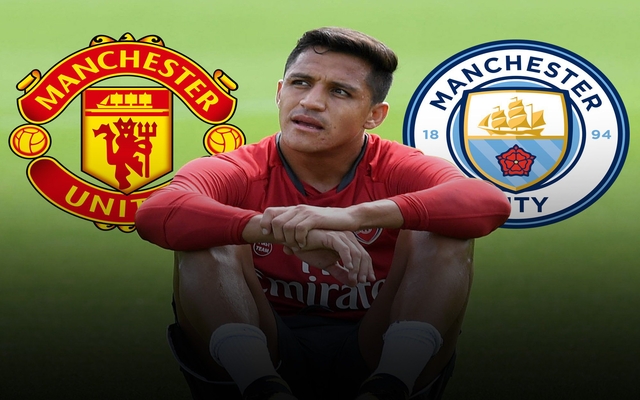 It’s not every day that you hear a Man Utd legend suggesting that a top target for the club would be better off joining Man City.

Both clubs are being linked with a January move for Arsenal ace Alexis Sanchez, and it remains to be seen if firstly he can be prised away from Arsenal this month and which interested party will reach an agreement on personal terms to seal the transfer.

However, Rio Ferdinand has had his say on the transfer saga, and shockingly he’s made an argument in favour of Sanchez going to City, albeit he does make some very valid points.

“He’s got more opportunities to win trophies there. He knows Pep. He’s been with Pep and has more of an idea.

“As a professional, you’d have to say that the balance of power is starting to come back to an even keel almost and then going City’s way.

“You look at Manchester City and they’re so far ahead of everybody else, not just in points but in the way and style they play. They’re taking teams out before they even get on to the pitch.”

Latest reports would suggest that United have agreed on terms with Sanchez, which would mean that an agreement on a transfer fee is all that is standing in between a move to Old Trafford this month.

The 29-year-old was dropped from the Arsenal squad to face Bournemouth on Sunday, and so it all points towards an exit for him in the coming days as he may well have played his last game for the Gunners.

However, what would you do if he were in his shoes? Work with Pep again and be in line to win trophies immediately given their form this season or buy into Mourinho’s plan and go to the red half of Manchester in the hope that they can rip up the script next year?