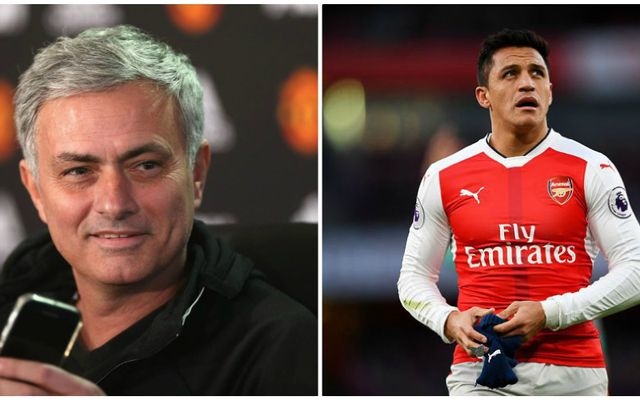 Reports continue to suggest that Alexis Sanchez is on the brink of a move to Man Utd, and so now the wait is on for official confirmation.

As per BBC Sport, the Red Devils are favourites to sign the Chilean international as they’re willing to splash out £35m on the forward which will meet Arsenal’s asking price.

In turn, they look set to see off competition from Manchester City, and it will be a huge boost for the club to welcome Sanchez to Old Trafford, if the deal goes through.

However, it’s claimed by the Manchester Evening News that given United are in action against Stoke City at Old Trafford on Monday night, no major developments are expected until the middle of the week, at which they could speed up the process of officially announcing the deal.

As a result, the Man Utd faithful will have to wait a little longer to see this deal completed, as it looks as though they could be handed a marquee January signing to add more attacking quality to the squad.

Sanchez has failed to reach the standard he set last season, but when in top form, he’s been a talismanic figure for Arsenal in the final third. He could very well have played his last game for the Gunners with United now potentially set to benefit with news expected this week.