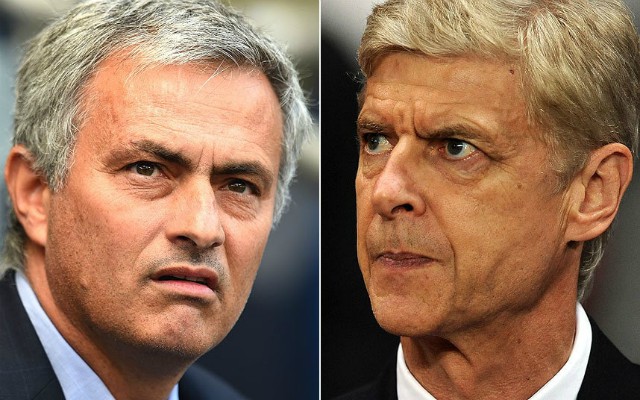 Arsenal are looking at a busy January transfer window based on the transfer speculation surrounding the club, with Anthony Martial now a shock target.

With less than six months remaining on his current contract with the Gunners, Alexis Sanchez has been heavily linked with an exit in January.

It would be a sensible move from Arsenal to cash in now while they have the chance rather than lose him for nothing in the summer, but in terms of the possible deal with Man Utd, it could take a twist, as per the Evening Standard.

It’s claimed that while they want between £30m-£35m for Sanchez, Arsenal could have a player included in the deal with Henrikh Mkhitaryan on the table, but Wenger wants to discuss Martial.

Since his breakout season under Louis van Gaal, the 22-year-old hasn’t always been able to convince Jose Mourinho of a permanent place in his starting line-up.

With nine goals and eight assists in 30 appearances so far this season, it has been a similar story for him again and so it’s understandable where the interest and rumours would come from.

However, it’s difficult to see United part company with him as he surely has much more to offer and is more valuable than Sanchez with a long-term contract in place and so the terms of the deal would have to change.

Meanwhile, The Sun report that Arsenal have set their sights on Koln goalkeeper Timo Horn, who could be available for just £5.4m in the summer if the club get relegated.

Petr Cech turns 36 later this year and so a long-term replacement will be needed eventually. Horn’s record this season doesn’t make for great reading, but that’s understandable given Koln’s struggles.

Nevertheless, for that kind of fee and at just 24 years of age, he will hope to have a brighter future ahead of him and Arsenal could be a potential destination based on this report.