Albeit they risked throwing away their lead, Liverpool produced a stunning performance against Man City at the weekend, and Garth Crooks was watching.

The BBC Sport pundit has picked his Premier League team of the week, and it has a strong Reds contingent in it as they all impressed in the 4-3 win over Manchester City at Anfield on Sunday.

Goalscorers Alex Oxlade-Chamberlain, Roberto Firmino and Sadio Mane all make the grade having played influential roles on and off the ball against Pep Guardiola’s men, while the quality of their finishes arguably should get them in alone.

While Liverpool extended their unbeaten streak to 18 games in all competitions, it was City’s first defeat in the Premier League this season. As a result, the Merseyside giants rightly receive plenty of praise here.

Joining them is Crystal Palace goalkeeper Wayne Hennessey who has been solid since returning to the side between the posts as he kept another clean sheet in the hard-fought win over Burnley at the weekend, although he didn’t have much to do this time round.

Andreas Christensen, Harry Maguire and Jonny Evans make up the back three in front of him, with the West Bromwich Albion star also getting on the scoresheet to help Alan Pardew’s side get a badly-needed win over Brighton.

Joining Oxlade-Chamberlain in midfield is Tottenham’s Heung-Min Son who put in another dazzling performance in the win over Everton, and in truth, it’s arguably a little harsh that Spurs don’t have more than just one representative this time round.

Instead, James Ward-Prowse and Manuel Lanzini of Southampton and West Ham United respectively complete the midfield quartet, while Marko Arnautovic gets Crooks’ vote up front as he’s growing in influence and becoming a pivotal figure for the Hammers.

The Austrian ace has now been involved in 10 goals in his last seven league outings, in terms of goals and assists, and David Moyes will be delighted with what he’s seeing from him.

So there is it. The BBC Premier League team of the week. Naturally, not everyone was content as Liverpool fans were stunned Andy Robertson didn’t get the nod at left-back. To be fair, he did produce a top performance in the win over City, and he arguably deserves to be in this XI.

Meanwhile, others were a little stumped how Garth has submitted his team before Man Utd take on Stoke City on Monday night… 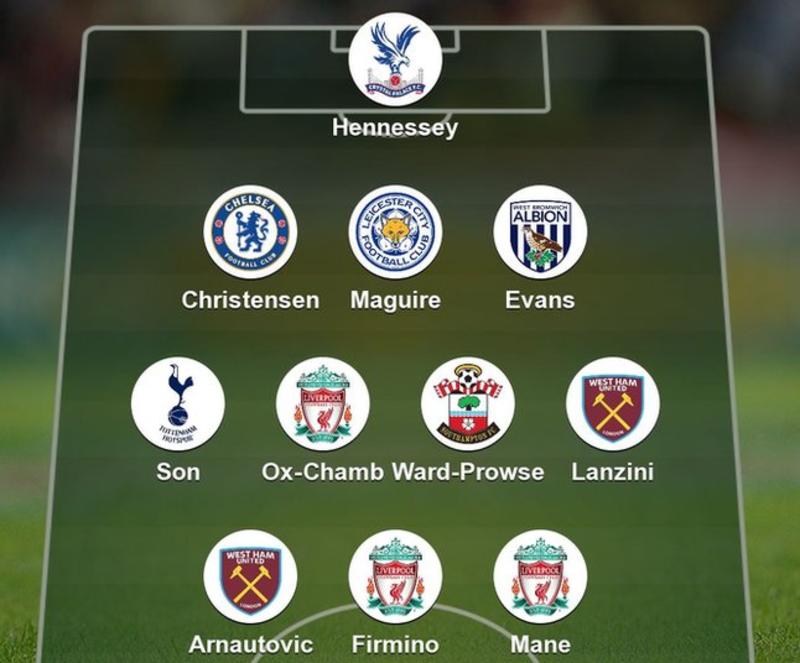 Andy Robertson has to be in that team! Not a terrible selection from Garth given his footballing knowledge being the equivalent to that of a piece of plywood

Where is Salah? Where is Robertson? Should be 4 or 5 Liverpool players.

Should be the #LFC front 6, Robertson. And who who cares who the other 4 are.

How can you do team of the week before the last game is played?