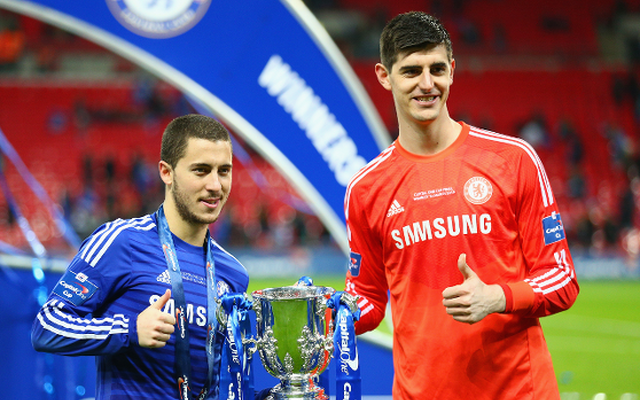 There’s no denying that Real Madrid are struggling this season, and according to reports, a current Chelsea star could come to their rescue.

Los Blancos sit in fourth place in the La Liga table, a staggering 19 points adrift of rivals Barcelona after 19 games, while Zinedine Zidane’s men haven’t been particularly convincing in the Copa del Rey or Champions League this season either.

Problems exist at both ends of the pitch, but such is the high-profile nature of their attackers, they have received a significant amount of the responsibility for their side’s slump.

From Karim Benzema unable to find goals consistently to Gareth Bale’s injury problems and Cristiano Ronaldo’s apparent decline, the reigning Spanish and European champions don’t have that edge in the final third this season.

Ronaldo has just four goals in 14 league appearances, and so unless they’re willing to wait until the summer, January reinforcements would arguably be very welcome at the Bernabeu.

According to Don Balon, as re-reported by The Express, they could have a solution. It’s claimed that Eden Hazard’s agent, who is his father, has expressed an openness to do a deal with Madrid president Florentino Perez.

In truth, it seems highly unlikely that Chelsea are going to part company with their best player midway through the campaign, as it simply doesn’t make any sense.

Antonio Conte would struggle to bring in a replacement to immediately fill the void and ultimately the Blues will want to keep their best players not sell them.

While the situation could perhaps change in the summer, the report above does seem to focus on Ronaldo’s future being up in the air. It seems a little premature to completely write the Portuguese superstar off, but as he prepares to turn 33 next month, there is no denying that Madrid will have to find a long-term successor sooner rather than later.

Don Balón add that Robert Lewandowski has also been offered to Madrid by his agent, and so it looks as though despite their troubles, the Spanish giants could have options moving forward to strengthen.