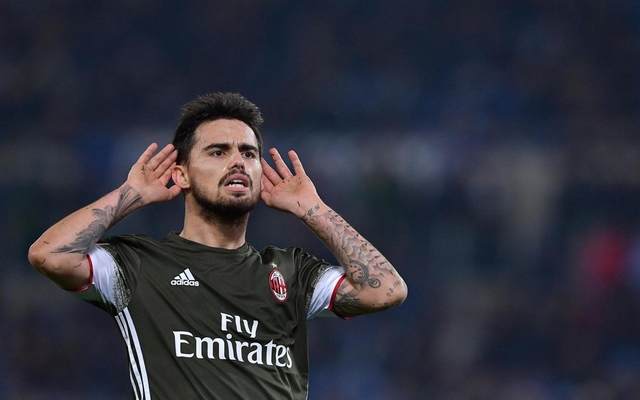 Liverpool have been linked with a swoop for former star Suso in recent days, and AC Milan have commented on the speculation regarding the Spaniard.

After failing to establish himself at Anfield, the playmaker has developed his game and matured in Italy to become a pivotal figure for the Serie A giants.

With seven goals and nine assists in 27 appearances so far this year, he’s having another influential campaign and the 24-year-old is proving the quality that Liverpool would undoubtedly have hoped he would display with them.

As noted by The Express over the weekend, it had been claimed that Liverpool had submitted their initial bid for him, with Jurgen Klopp looking to bring in a reinforcement after losing Philippe Coutinho to Barcelona this month.

On the basis of their thrilling 4-3 win over Man City on Sunday, it doesn’t appear as though there is a desperate need to splash out, but such was the importance of the Brazilian playmaker in the side as he strung things together in his deeper role, the Reds will want to replace one of their best players for both the short-term and long-term future.

However, Milan have now commented on the transfer rumours swirling around Suso, and it’s fair to say that they’ve warned Liverpool, or any other interested party for that matter, that they have zero intention of selling one of their most prized assets.

“With Suso, Milan was very clear in the summer: we will not give in even for an offer of 80 million euros,” they wrote on their official site, in response to a specific rumour linking Suso with a Reds return.

In turn, it looks as though Liverpool may well be forced to look elsewhere this month for their Coutinho replacement, although with Milan languishing in 11th place in Serie A, an argument could be made that they could struggle to keep hold of their best players in the summer if they fail to make it into Europe.